Over the past week and a half, I was lucky to be able to test out Vodafone’s new 4G mobile network. This was the first time I was able to experience 4G technology and to use the Vodafone network. Over the past few years, Vodafone has suffered incredibly with losing over 1 million customers since
Read More

Last week, I became a member of the Virgin Mobile Handset Tester team. This involved testing the new Samsung Galaxy S4. The last three phones that I have used is the Nokia 5800 XpressMusic, Samsung Wave, and the Nokia Xperia Arc. Comparing the previous phones I’ve had to the Samsung Galaxy S4, the S4 wins
Read More 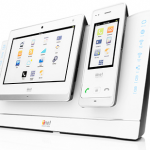 When I signed up to iiNet almost four years ago, I got my hands on a BoB – iiNet’s all in one modem/router/phone system. Then the BoB2 came out (which I won through one of many iiNet’s social media competitions), and BoB Lite. They loved my review so much; they decided to give some away,
Read More 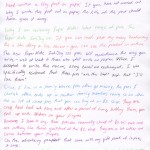 I think I would have to be one of the first bloggers who has hand-written a blog post on paper. If you have not worked out why I wrote this post out on paper, the title of this post should have given it away.
Read More 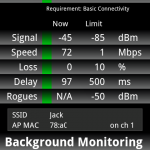 In this day in age, Wi-Fi is just something that every organisation, home, and public area requires. However, if you are just an end user of a Wi-Fi network in your workplace, school, University, or public place; a lot of planning, monitoring and improvements need to take place so you can browse the internet from
Read More 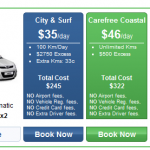 At the start of March, I had to go to Brisbane for 7 days. I hoped some of my friends could pick me up from the airport, but I had no luck; every one of them was either at work or sleeping in a University lecture. Therefore, in the end, I decided to hire a
Read More 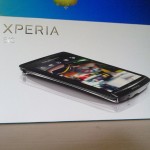 A few weeks ago, I purchased a new phone from Virgin Mobile Australia as my previous 24 month contract ended in which I got a Nokia 5800 Xpress Music. I renewed my contract for another 24 months and got the Xperia Arc. I have to say that this time was so much easier and hassle
Read More