Last week, I became a member of the Virgin Mobile Handset Tester team. This involved testing the new Samsung Galaxy S4. The last three phones that I have used is the Nokia 5800 XpressMusic, Samsung Wave, and the Nokia Xperia Arc.

Comparing the previous phones I’ve had to the Samsung Galaxy S4, the S4 wins by a long way. With my time using the phone, I haven’t had any problems apart from needing to charge it every day or second day… but it charges pretty quick!

The S4 comes with a full 1080p 5-inch screen, which is truly amazing. You don’t fit much more on the screen, but the text is larger which allows for easy reading. Due to the large screen, the back button is on the right hand side. This is something I am not used to as the Xperia Arc has the button on the left. Therefore, using the S4 with one hard can be somewhat difficult, especially if you have a small hand. Your thumb needs to reach to hit the return button. Using the phone with two hands, it is perfect. The phone is incredibly light, and extremely thin. 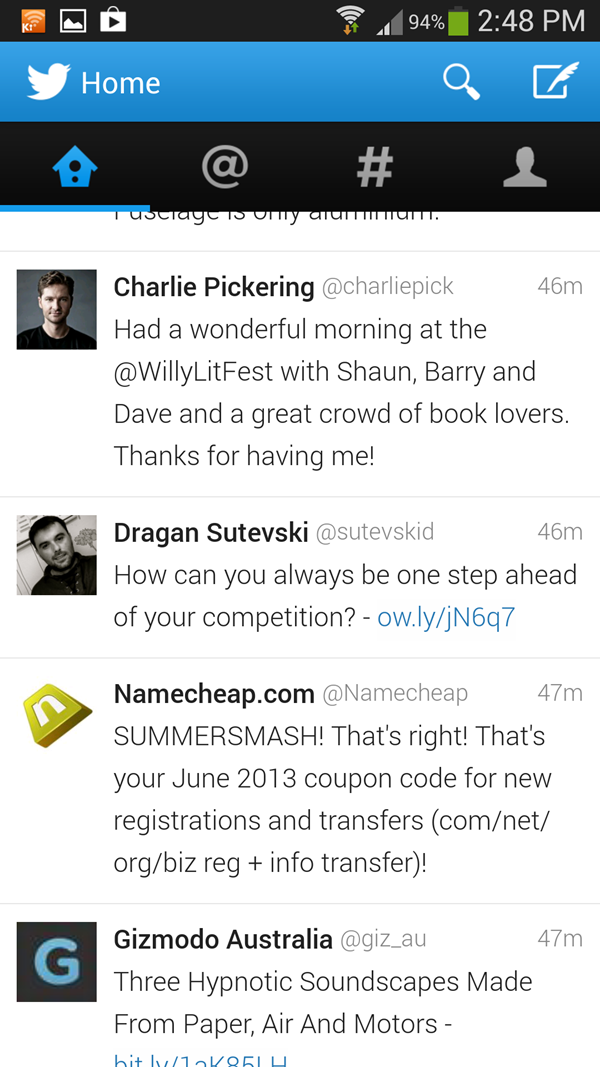 Setting the phone up

The phone requires a Micro Sim card, so I needed to get one from Virgin Mobile, as my Xperia Arc took a standard sim. When it arrived, Virgin Mobile provided me with a sim card. Without realising it, I put the sim in the phone, only to get it stuck. It was a nano sim instead of a micro sim card. Luckily, there is a small hole within the sim card slot which fitted a toothpick in which meant you could push the nano sim out and use Tweezers to pull it out. This took a good 30 minutes, so ensure you have the correct size sim card.

Once all setup, it’ is as simple as following the one screen welcome setup, connected to my home Wi-Fi Networked, login to Google and Facebook and my phone is setup ready to go with all my contacts and apps installed. I store all my contacts on Google Contacts. 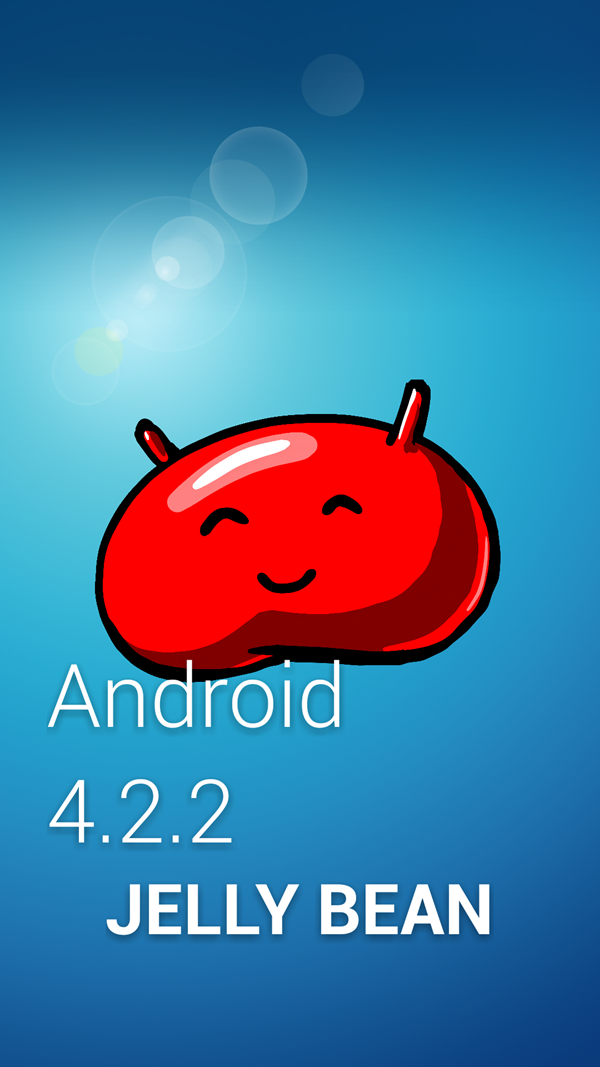 The Galaxy S4 comes with a few preinstalled apps:

If you are yet to install Google Now, you should use it. I love it. You just have to tap the microphone button, say your query, and Google Now will do the rest. For example, you can find out the weather, travel times, open apps, send messages, set reminders, and a whole lot more.

As the Galaxy S4 has infrared (not many phones have this these days), the WatchON App allows you to control your TV and AV system from your phone. Setting it up with my Samsung TV and Logitech sound system was just a matter of setting the brand name. 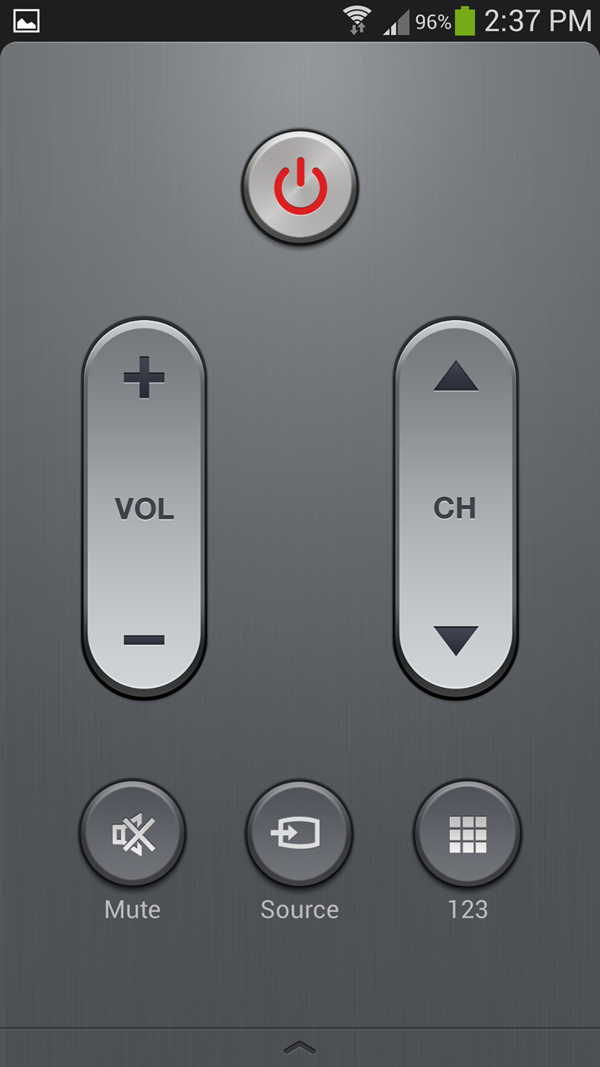 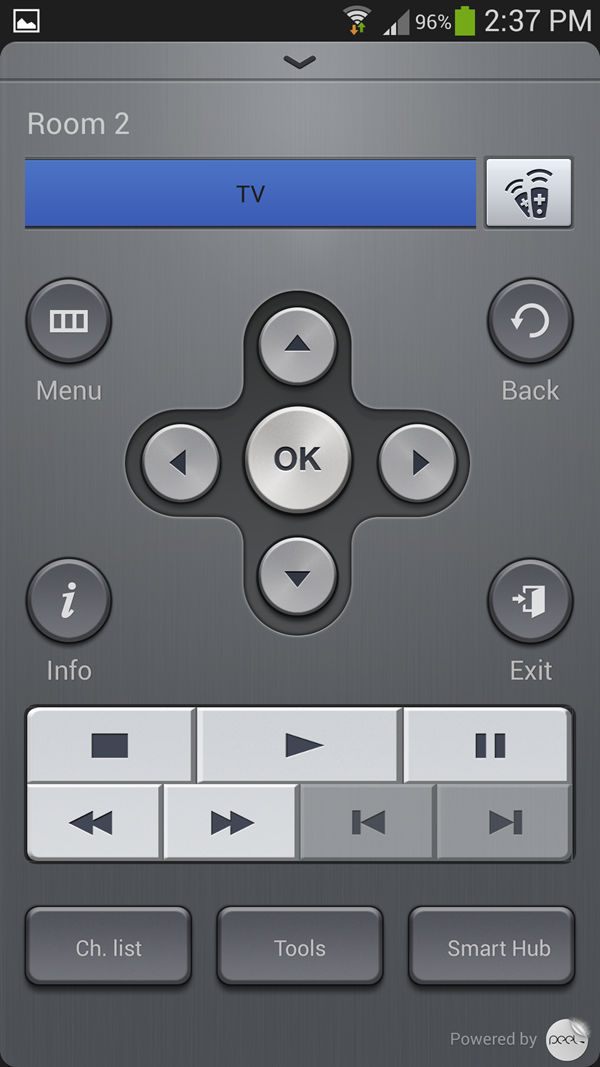 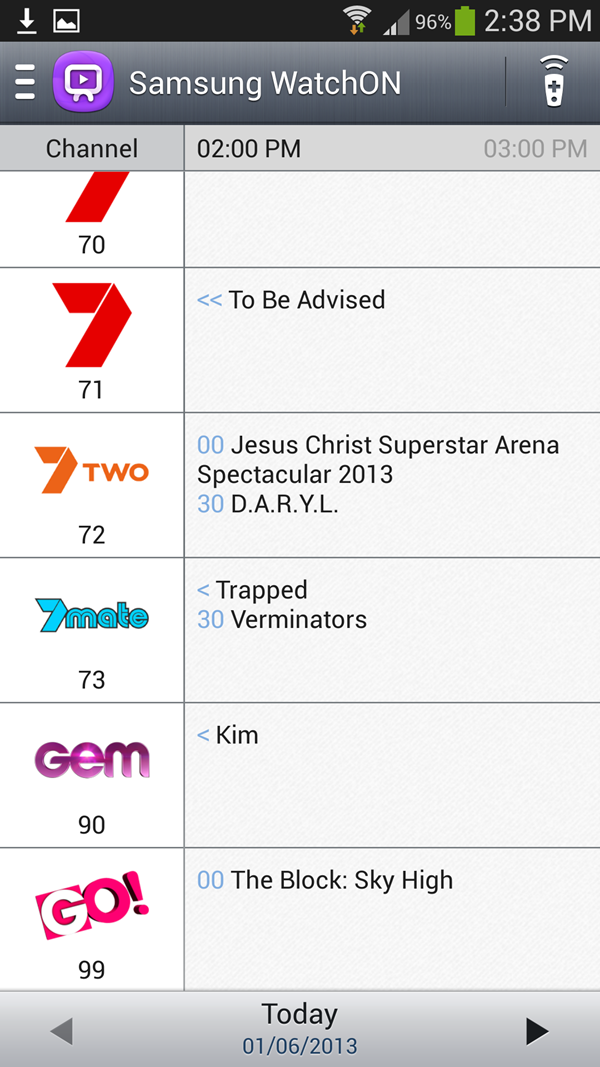 S Planner is nothing more than a calendar that automatically synchronises Facebook Birthdays and my Google Calendar. 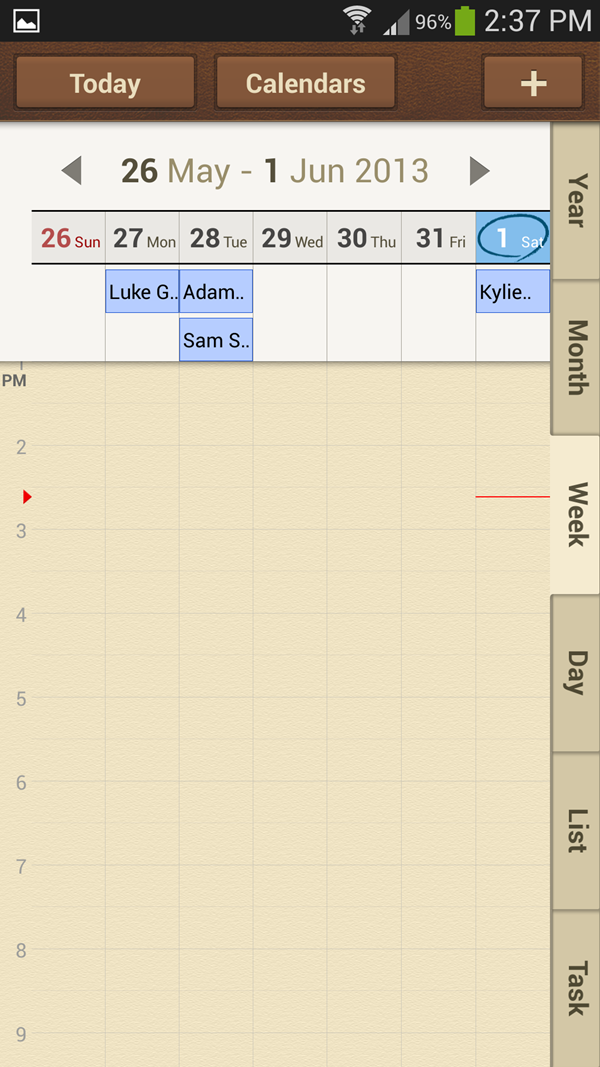 S Health is one of my favourite and most used apps. It is a pedometer. All you have to do is leave your  phone in your pocket and it will count the steps you do; whether you are running, walking, or going up or down hill. You can add exercises, your meal information, and it even picks up the weather and humidity in your environment… and accurately. This is one of my favourite features about the phone. 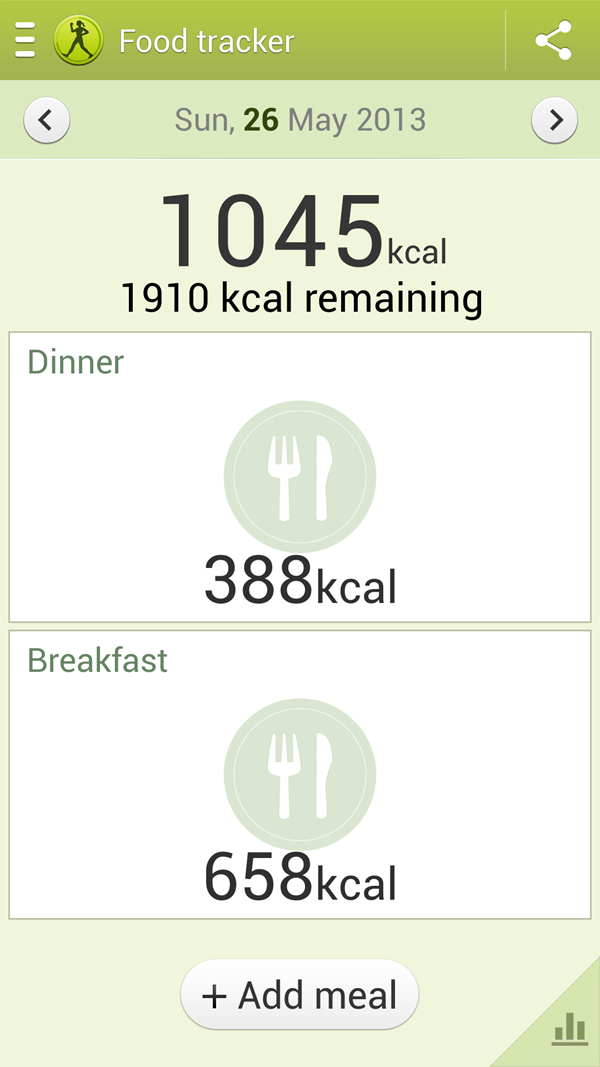 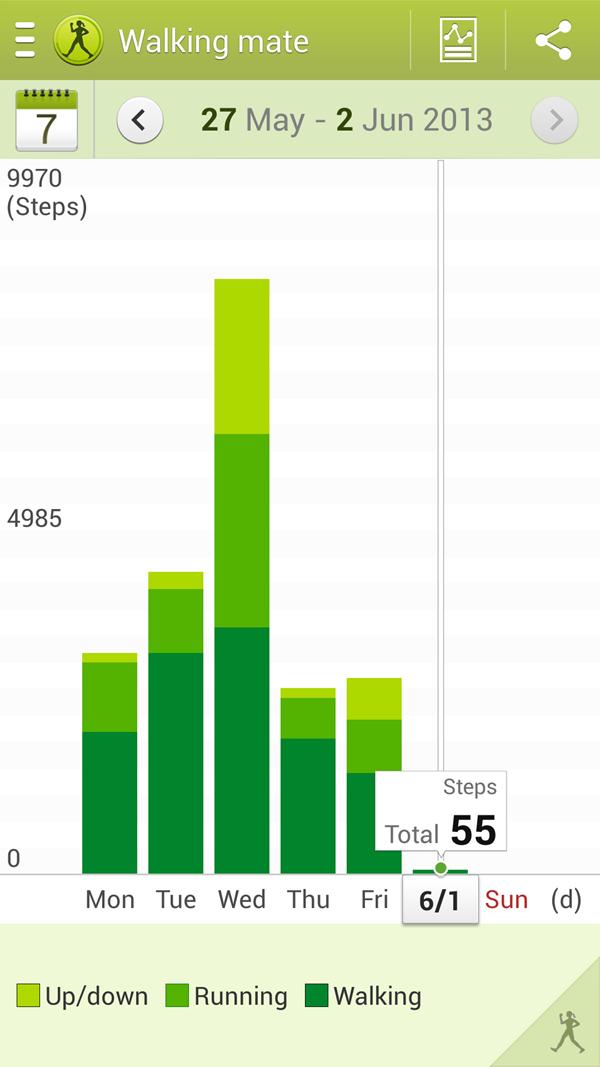 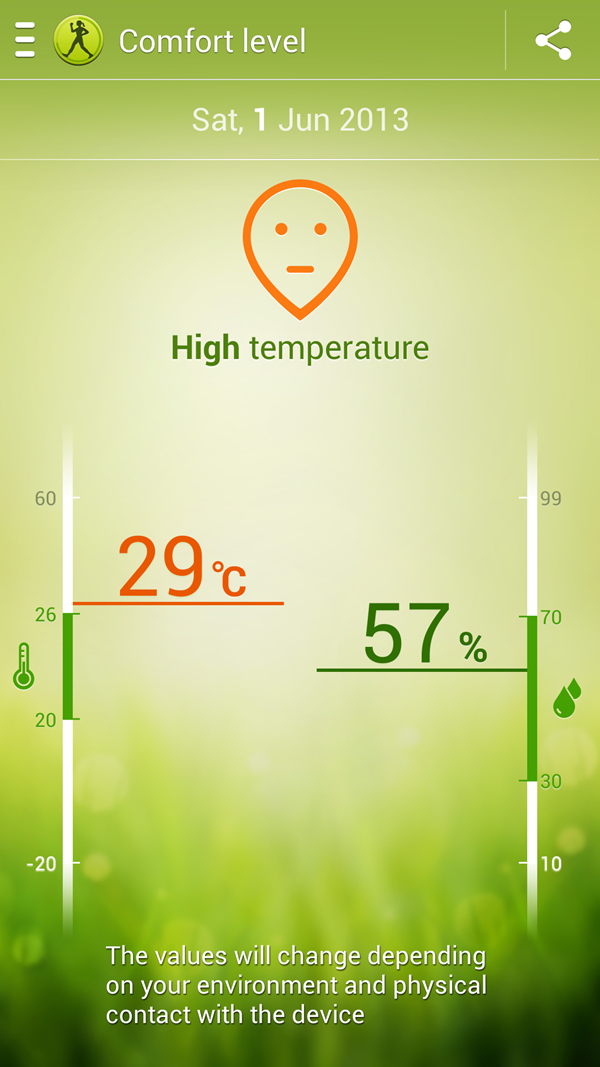 What I really like about this phone, is that you can scroll through web pages without having to touch your screen. The Galaxy S4 detects your eye movement, and when you reach the end of the screen, the page will scroll for you. You can see a demonstration of it in my video I filmed as part of Virgin Mobile’s Handset Tester Team.

As with hands free scrolling, you can also scroll up and down pages by just waving your hands over the phone. You can even flick through your photo’s using the same swiping actions

The Samsung Galaxy S4 comes with a 13MP camera; however, I am not overly impressed with the quality of the photos. I do love the quality of recording a video with the S4. It’s crystal clear, with stereo recording that enables you to hear the cars that zoom past you in the background. Don’t bother uploading video’s to Facebook though. They are incredibly big, and Facebook reduces the quality.

For taking photos, I do like some of the features you have at your disposal. For example, when taking a photo of a group of people, you can select “Best Faces” which takes five photos from where you can select the  best face for each person to create one awesome photo. For example, person 1, may like photo 2, but person 2 likes photo 5, you can pick the best face and merge them into the one photo. Another feature is sound and shot. When you take a photo, you can record sound with it as well. You also have panorama view, which allows you to erase objects or people that walk through your photo, and take drama photos that merges a moving object into one photo multiple times. A good use of this is taking a photo of long jump. 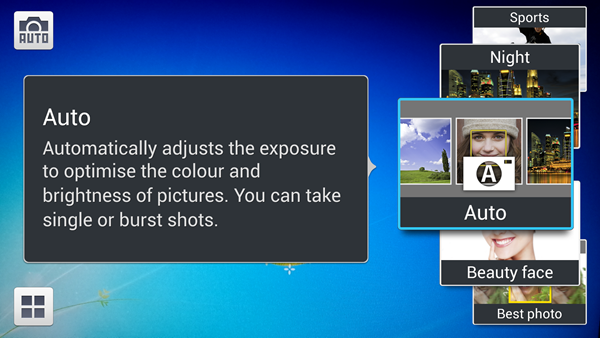 You can also take a photo and video of both the front facing camera and the read camera at the same time in a picture-in-picture mode. The camera also works well with Skype. You can use the phone vertically, or horizontal as the phone detects the orientation and you can easily switch between front and rear facing cameras.

So far, the most I’ve got out of the battery is 1.5 days. I used to charge my Xperia Arc every second or third night, so I am always worried that it will go flat. I also managed to drain the battery by 50% in 2.5 hours. So be careful what you have running.

Summary and Win a Galaxy S4

Overall, I really like the phone, and I will be using it as my main phone for many months to come. It has everything you need and more, and has a lot of features that you won’t find in any other smart phone. But don’t take my word for it; I will soon have brand new Galaxy S4 one that you can win. So make sure you check back at Jack Cola on Facebook in the next few days for more information.

I received the Samsung Galaxy S4 to test out and review as part of Virgin Mobile’s Handset Tester Team.