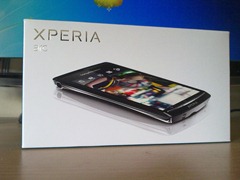 A few weeks ago, I purchased a new phone from Virgin Mobile Australia as my previous 24 month contract ended in which I got a Nokia 5800 Xpress Music. I renewed my contract for another 24 months and got the Xperia Arc. I have to say that this time was so much easier and hassle free compared to the last time I purchased a phone from Virgin. I ordered the new phone on a Thursday over the phone with the call only lasting 13 minutes and 55 seconds, which I tweeted “Impressive. Only 13min 55sec and I purchased a new phone from@VirginMobileAus Now only if companies can get support time as quick as sales.” The good thing about it, the phone arrived the very next day, so it took less than 24 hours for it to get into my hands. It was a very impressive turnaround time considering the time my last purchase from Virgin took. I was assuming it would come on Monday or Tuesday. 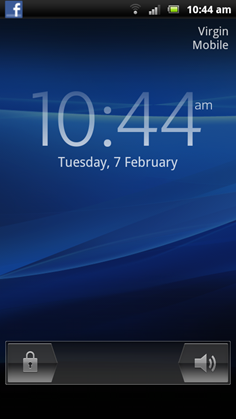 The Design and Feel 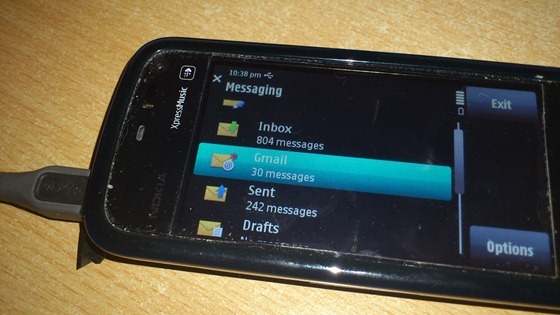 If you had a look at the rubber case I was using for my Nokia 5800 Xpress Music, you would find that it looked like a massive brick, but the Xperia Arc is probably 4 times as thin and 1.5 times more wider, and the phone feels really nice when you slide it into your side pocket. People say on other reviews that they don’t like the three bottom buttons (back, home and menu), but I find nothing wrong with them – I just think they are being very meticulous. There is also a camera button on the bottom right, two volume buttons on the top right, and the power button/screen lock button on the top left. 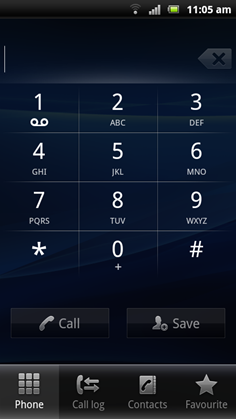 When I purchase new phones, I always like to put a screen protector on and put them in a case, just in case I drop it and so it sounds nicer when you put it on a desk, rather than the phone making a sound as if it was being broken. However, with the case I got, it makes the camera button unusable so when taking photo’s you have to touch the screen. I also love the screen, it’s a huge 4.2” touch screen (powered by the Sony Mobile BRAVIA Engine) and a big screen is exactly what you want in a smart phone, especially if you do a lot of web browsing on it. (The iPhone 4s screen is only 3.5”) When I first got my Express Music, I thought that screen was big. Then I got the Samsung Wave, and I thought that screen was even bigger, but the Xperia Arc feels like you are using a mini tablet. 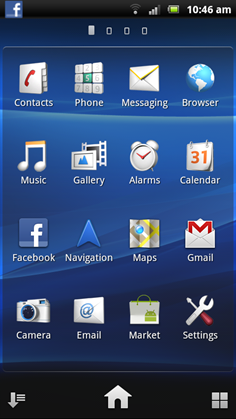 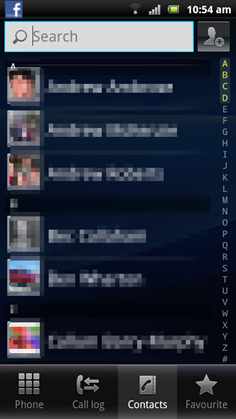 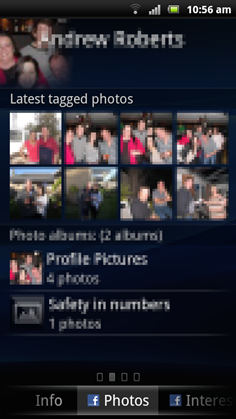 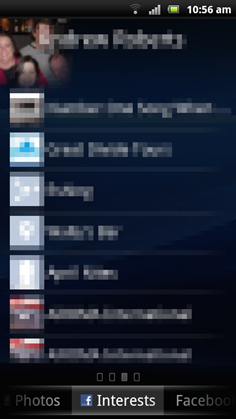 Left to right: A phone Contacts Facebook photo’s and interests

This is my very first Android phone, so I can’t compare it to other Android devices, but I do like Android very much. When setting up the phone for the first time, I connected my phone straight to Facebook and Google, and I have to say this is probably the best thing you could do, as the Xperia Arc will synchronise all your Facebook contacts and their details to your phone.  Connecting with Google, I did the exact same thing. However, in doing so, you can have a whole heap of contacts stored on your phone, but no phone numbers. So what I did, I created a new Contract group on Google Contacts and imported all my contacts from my old phone there through the web interface. Then on the phone, I filtered out all my synced contacts, and only displayed contacts that are in my “phone contact” group on Google Contacts. Therefore, the end result is that all my contact details are stored online on Google in one group, which only that group displayed on my phone. Since the names are the same on my Google and on Facebook account, it automatically pulled the Facebook contact info and automatically merged the details with the Google Contacts. So for each contact, I have a photo, I know their birthday, what they like, and I can just flick through onto the photo tab and view all there photo’s without having to go on Facebook. It is so easy to do. Gone are the days when you get a new phone and manually have to enter your entire contact list again – not one of my contact details is stored on the phone. They are automatically synced with Google Contacts and Facebook. You don’t even need to be online to access them as well. 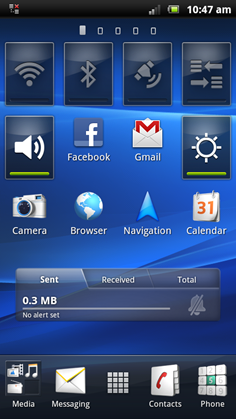 The display I setup to see after you unlock your phone. Can switch on/off Wi-Fi, Bluetooth, GPS, Data Packs, Sound and backlight.

How the Xperia Arc first shipped, I didn’t really like how the menu and home screen was setup, but it’s good that you can customise it so much, and put buttons and widgets all over the place. I don’t like having my Wi-Fi turned on all the time, same with my Data packets and GPS as this uses the battery a lot more, and could cost me a lot, if something was unexpectedly synchronising in the background. Therefore, on the home screen, I displayed buttons to easily turn these on and off without having to go into the menu. The good thing about my Nokia 5800 Xpress Music was that I could set it up so the GPS will only connect when I want it, the WLAN connect automatically when I use the internet, and the Data packets will needs my approval first to connect. The only downside with this, I have to turn them on manually before launching applications that need them. 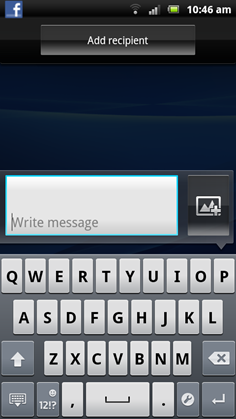 Sending a text message on the Xperia Arc

I have to say Google; you’ve developed good apps for your phone. Google Maps on Android, you’ve just blown away the competition. You can find my location within seconds, the voice navigation is the best, and it’s so easy to get Street view images of the turns you have to make. Google Maps is so much better than the Navigation you get on Nokia phones (Ovi/Nokia Navigation) which they charged $300 when I first got the phone. Google Places is also well implemented, and Google Voice is to die for. I can just say an address, and it picks it up first go. You can even say, “Message mum, Message Hi, how are you” and it will go ahead and said that message to mum (or another contact). It’s very similar to Siri.

You can set the Xperia Arc to lock the phone automatically after a period of seconds, but if you need to lock it straight away, you simply press the power button. I find this a bit hard to do, especially with the case, but I suppose I have to get used to it. To lock and unlock my Xpress Music, you had a slider button on the right hand side. To unlock the Xperia Arc, you first have to press the home screen button, and then slide your finger across the bar (or you can set pin code or pattern to unlock. I just find pressing the home screen and sliding more effort than it should be. 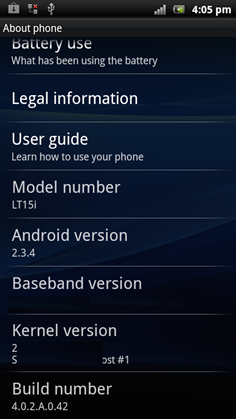 Xperia Arc: information about the phone – also known as LT15i

I rarely use my mobile phone to make calls. I primarily use it to send SMS messages, surf the internet and check up on Facebook and Twitter. The Xperia Arc does this all-very well. As I said above, Facebook is integrated in to the phone quite well, and when connected to the internet, notifications even appear on your home screen, the same with Twitter. The mobile versions of Facebook and Twitter is great, but the Xperia Arc also has an installed App which provides you with all your social feeds – Facebook, Twitter, Email and SMS messages all in the once place. You can just scroll your finger up and down and read all your Twitter, SMS and Facebook posts in once place. 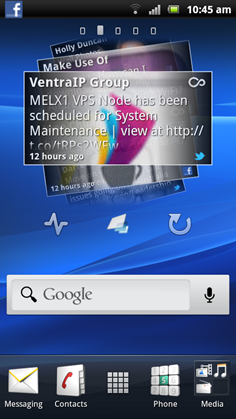 Something that people may like or don’t like, I am still undecided is that when you go into your photo menu, your entire Facebook photo’s are included there as well. If you have a lot of photo’s, it may seem a bit cluttered, or if you have limited data available, you may find you could face a high monthly bill. Nevertheless, it’s a nice touch keeping all your photos together in one place. 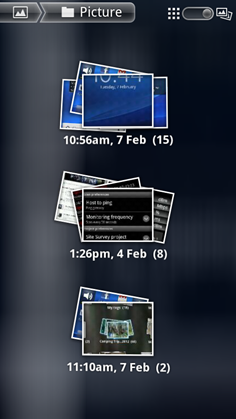 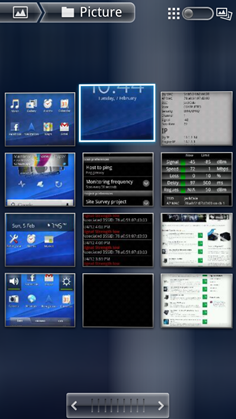 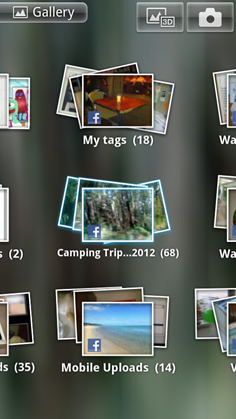 Below are two panoramic images I took of the ocean. The look of these images are quite impressive, but if you look at the horizon, you can see some stitching issues and the photo’s have a bit of a bend – but I would suppose that’s normal. Nevertheless, they are a great shot. 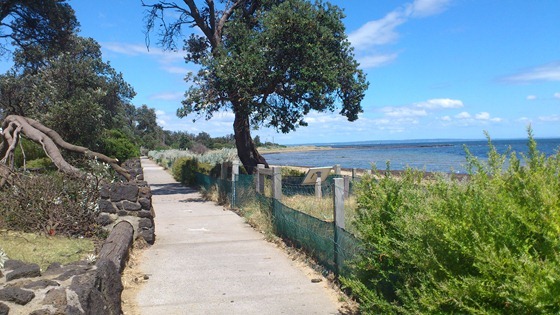 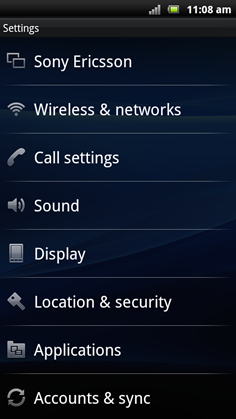 Overall, I think it is a great phone – 1000% times better than my old Nokia 5800 Xpress Music, and I would prefer it over shelling out $50 a month for an iPhone that does pretty much the exact same thing. I can see myself using for another 2 years. For a minimum of $24 per month on Virgin Mobile, you can get the Xperia Arc for yourself.

If you have any questions about the phone, or mobile phones in general, I am happy to respond to your queries in the comments. 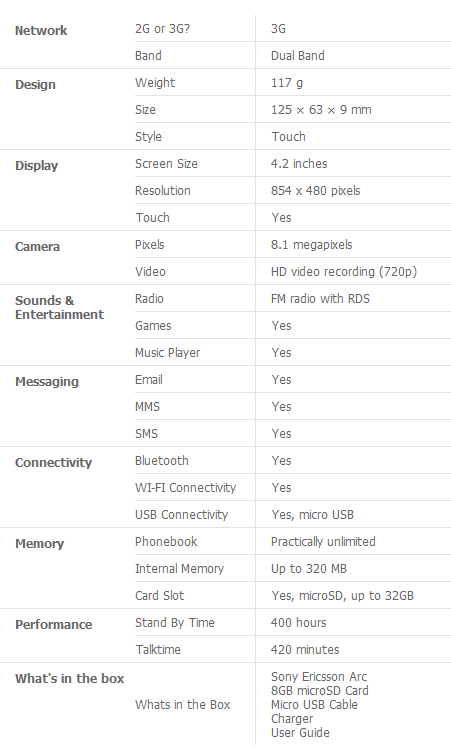