A reader asked me a bunch of technical questions. Here are my answers. Please note, this answers are in a very rough draft stage.

How accessible are iCloud video files and Facebook chat from current iPads and smartphones (like the new version of the iPhone)?  I assume someone can chat on Facebook from an iPhone from pretty much anywhere and that conversation could later be viewed from say, that person’s home computer or iPad by another person (her boyfriend) who has hacked into her Facebook account?

Messages sent through Facebook are stored on Facebook (not on the device). So when you access Facebook on another device, your messages can be viewed. I can talk to someone one Facebook on my phone, and on my computer at the same time. The person I am talking to, won’t know the difference.

So if someone hacks yours, or the person you where talking to Facebook account, and you or them haven’t deleted the messages, then they can be read. Some messages from Facebook go straight to someone’s email address, so they need to ensure they are delete from their as well.

I read on your site that one way to hack into someone’s Facebook page is if you have access to their computer and know their email address, you can login, reset their password rather easily and then view their page, which would have the chat conversations.  Is this correct?

Facebook does not log people out. There is a logout button, but it’s in an awkward place to get to. So people who have their computer logged in, opening up Facebook would likely log you in. They might also save the password in their web browser which you could easily extract the password from their browser. However, with Windows 8, you need a password on your computer (Windows 7, XP etc), you don’t. So if you have access to their computer, with no passwords securing it, you could get into their facebook account and do what you want (as it was your own). It all just depends on how people secure their computer. 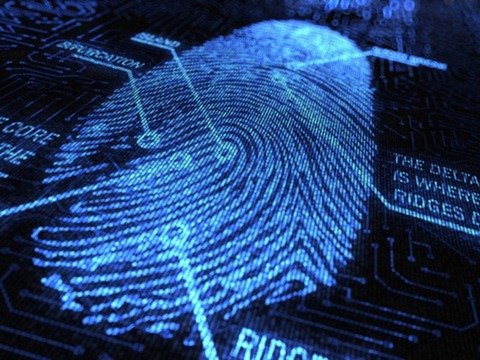 If an iPad has wifi and 4G capability, then I assume video files be downloaded from iCloud to the iPad pretty much from anywhere?

Can short video files filmed on an iPhone be emailed and then viewed on other iPhones or smartphones?  How short do the videos need to be to be easily uploaded and downloaded?

There’s a lot of factors.

· The site you are uploading it too.

To answer your first question: yes

Second answer: depends on the above. For example, Vodafone 4G, I had a 500mb video that was 3 minutes long, it took 3 minutes to upload from my mobile. If I had that video on my computer to upload, it would have taken an hour as my upload speeds on my fixed internet connection is slower, than it was on the 4G wireless.

If someone wanted to appear to be living a transparent life (not cheating on his girlfriend), he might explain to his girlfriend what a “cheating partner” would be doing to cover himself (like using the Private Browsing setting on his browser, erasing his browsing history, other tell-tale technology signs that you may have heard about…).  What might a person say who really is cheating in order to sound convincing to his girlfriend so it APPEARS he’s being transparent and faithful?

Since I haven’t cheated on someone in anyway, I won’t know. You might want to go to a night club, find a male in their mid twenties and ask them (chances are, they probably cheating on someone that night).

What might a person say? It all depends on the questions the other partner asks. E.g, he might say he had a boys night out (when not really); work late etc

One idea I had was that the guy could install a tracking app on his and her smartphones where one person can track where the other person is?  Have you heard much about this app?  Would it be possible to leave the phone with the tracking app someplace where the guy is supposed to be, then go someplace where he’s NOT supposed to BUT use a 2nd phone to call/text the girlfriend when she’s checking up on him?  The unsolved problem there is that the 2nd phone has it’s own phone number.  Unless, of course both phones are set to their privacy setting so she couldn’t tell.  What do you think?

Tracking apps: I am meaning to write an article about this, but haven’t got around to it. I have drafted the post though, and here is a list of apps.

But if you had to track your partner like this, it’s going to be hard to come to a mutual decision to do so.

Like you said, it’s possible to use two phones to fool the other person. There’s multiple SMS forwarding apps (when real phone gets sms, it sends it to another number). Then you can use Clickatell or one of these apps: https://www.jackcola.org/2010/01/sites-to-send-free-sms-messages-to-mobile-phones/ to send an sms via the internet from your number.

As for calls, it’s a little harder. Put your number on private, or in US, use Google Voice (I think that may do the trick). I think even the new Facebook messaging app allows you to send SMS from your phone number (of the other number of your phone)

With sites like Google Latitude (now merged into Maps and G+), you can manually add your location.

THEN, how would that person actually be cheating and hiding all technology traces of it?  The way I’ve thought of it, the cheating person would have a 2nd secret iCloud account and a 2nd secret iPhone.  The bill for those secret accounts could be mailed to a friend’s or business address.  What do you think?

I think this does happen. Second phone, second address, second bank account; second email address; it’s possible and people would do it.

Is hacking into someone’s private accounts — email, Facebook, iCloud – easier if you have access to their personal computer?  People leave accounts open all the time on their home computers, or you can reload the sites from their browser history because of the Cache function?  Is this true?

Put it this way, is it easier to break into a locked car or unlocked car? I locked car: there would be a password blocking access. An unlock car, there won’t be a password.

If they clear their browser history, or use a private browsing mode, you wan’t get the info. If they don’t clear it, you can press control+h to open up history. Or if they use Google, you might get into their Web History (of searches) if you know their google password.

You can also do things like this http://www.hotspotsystem.com/hotspot_help/kb/articles/113-how-to-set-up-opendns-for-content-filtering-visited-sites-log-etc on their router

The best way to find out if someone is cheating is to look through his smart phone, read his texts, listen to his saved voicemails, see who he’s called recently.  Aside from looking through someone’s phone (while he’s in the shower), the other best way is to hack into another person’s phone.  But this is pretty complicated, correct?  You either have to install something in the person’s phone or be an advanced hacker to succeed?

Yeah, pretty much. If you have some tech savvy, be aware. Installing Prey Project I think is the easiest, and most undetectable. If someone has something to hide, his or her phone would be locked. So if you don’t have access to your partners phone, then it may be a little suss.

Here’s the climatic scene in the movie: the guy who is cheating on his girlfriend has left his engagement party with another woman.  The girlfriend asks a technology savvy friend who’s at the party to hack into his computer “because I know he’s doing something on iCloud.”  The tech savvy guy guesses he may have two accounts and enters the guy’s Apple ID (guy’s email address) and resets the Apple ID and then resets the password, all of which is authenticated by emails to the guy’s account on his computer.  The tech savvy guy finds dozens of homemade sex files and they play a few.  The girlfriend is horrified but then turns against the friend when the friend says rather than cover this up, she should break up with the guy.  The tech savvy friend then behind her back, emails a video sex file from the guy’s computer to himself for his own protection.  That video sex file could then be emailed out to dozens of people if the tech savvy guy wanted to.  In summary: the tech savvy guy would have access to the guy’s email because he’s on the guy’s home computer, the iCloud requires an Apple ID and Password to login but both of these can be reset easily with only authentication by email.  Is my information correct?  I want the hacking to be quick and visual, something that, it turns out, is fairly easy to do but most people simply don’t know about it.  Is there are better way to do this that you can think of?

Why is iCloud such a big part? iCloud is only accessible for people on Apple Devices. I am an Android user, therefore, don’t have iCloud.

Read this long article, about a tech savvy guy who got hacked, and how it was done http://www.wired.com/gadgetlab/2012/08/apple-amazon-mat-honan-hacking/

Why did the tech savvy guy email the vid to himself? What does he need protection from? Are the homemade films of her, or of the cheating partner?

Maybe something more plausible, guy makes out with other women in backroom, has to quickly get dress, phone falls out of pocket. Guy leaves partner. Girl asks, where is guy, someone says, I last saw him in backroom. Find guys phone. The answer lies in his phone. Tech Guy unlocks phone, looks in gallery and find a lot of video

The phone is locked, can’t access email, so you call up phone company (like in the link above), get access to his phone and video and see all the video’s.

Thank you for all your questions. I hope this answers has been of value to you