I got iiNet’s BoB1 Modem/Router when I first signed up with iiNet almost two years ago, and it surprises me, that I never actually posted up a review of BoB1. Although it is not for sale any more, I have posted a reviews for people to compare the BoB1 to the BoB2 and the BoB Lite.

I do have to say, getting connected with a Naked internet connection was very hard. I first signed up with Optus, but they could not find my address and required me to pay another $300 to get a line to my house, even though there is already one there, so I went to iiNet, and they faced the same issue. I only realised why they could not find my address was because Telstra did not update their database to the new suburb name that changed many years ago. Nevertheless, it took a few months to be connected, but iiNet were happy to give me one month’s free internet access (considering my first month’s bill was around $400 – BoB1, Setup Costs, and first month in advance.

Once I was connected (we were renovating at the time), I used an old modem that I got from Telstra while I waited for BoB to come. It arrived, but only the modem – the handset didn’t – so to have a phone, I installed a softphone on my computer (I think it was this) and used that temporally, but it wasn’t that reliable.

I think getting connected was reasonably easy as BoB downloaded all the information and setup itself up without me having to do anything, which was really great. A few weeks later, the handset came (which I am using with BoB2 now). 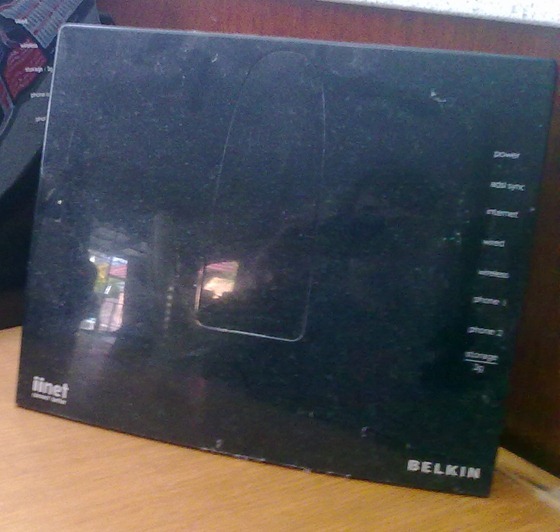 For a few months when I was first using BoB, I had to say it was quite buggy, and wasn’t really worth the $300 I paid for it. I, as well as a number of other people where having issues of the handset not ringing when they received a call – which makes having a phone pretty much pointless. It was very frustrating for some. However, I found if I plugged a traditional phone into BoB, that would always ring, so at least there was a phone that was answerable, but the Cordless BoB handset never really worked. My parents didn’t like the cordless either phone because in low light, they couldn’t determine which was the hang-up or answer key, and the phone that they were using for the past few years (and still using with BoB), the keys are the other way around.

People were also complaining about the handset overheating as well when it was in the BoB unit – but I always had mine in the cradle, so it wasn’t an issue. To respond to this, iiNet sent out two AAA batteries for everyone to replace the batteries in their handsets.

So for the majority, there VOIP experience wasn’t that great – but it was still better than having a $50 home phone bill with Telstra since iiNet had free landline calls.

I also found the BoB interface very orange, very slow so it took a while to load, however, it had some pretty good features. I often ran into troubles as when I changed a wireless setting as BoB would sometimes freeze and I would have to switch it off and back on. For some reason, with my main computer, I couldn’t use the Wireless with it, as my computer would just drop the signal and not find it again (but that wasn’t an issue with my other laptops). The only way I could fix this was disable the wireless adapter on my computer, and re-enable it, only for it to drop out 15 minutes later. I was fed up with it, so I installed a LAN cable underneath the house – which was good as I received faster and a more reliable connection as well.

But these issues where fixed

A couple of months in, iiNet sent a firmware upgrade to BoB modems,  but for whatever reason, it never got applied to my modem, so I rang them up to get firmware information. After applying the firmware, the reliability of the handset increased, the orange user interfaced turned grey, and I believe BoB than got 3G-modem support as well.

The first few months, it wasn’t a great modem, but after the firmware upgrade, I rarely touched the unit and it worked like a dream. However, others have faced numerous issues with their BoB’s, so was I just a lucky one? I won’t be putting it into retirement just yet after I won a BoB2 from iiNet, it will be used in another house I am trying to get online but keep failing with ISP’s (I would sign up with iiNet, but it doesn’t offer a plan at a price I am looking for unfortunately).

Oh I do have to say, after not touching BoB1 for a while, after sitting in a kitchen that was being renovated, and pretty close to a stove, it’s actually quite gross to touch, and my hands where covered in this slim, which will probably happen with my BoB2 as well.

Further Reading: Make sure you check out my other iinet reviews