First off, if you are not sure what a BoB Lite is by iiNet, I strongly suggest that you first read my post What Does iiNet’s BoB1, BoB Lite, BoB2 and Wireless Bridge Actually Do, And Why Would You Want One, and my review of BoB2. 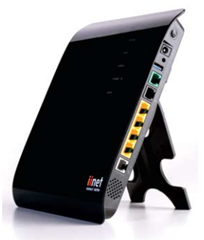 BoB Lite is iiNet’s second BoB modem/router and first router built in iiNet Labs. Currently, the iiNet BoB family consists of BoB1, BoB Lite, and BoB2, with the BoB Lite currently being the (somewhat neglected) middle child. For $69 on an iinet 24-month contract, or $129 without a contract, BoB Lite is a pretty decent all in one modem, router and VOIP system. In addition, if you’re lucky, you can get it free if you re-sign up on a 24-month contract after yours has expired. BoB Lite is essentially the same as BoB2 in regards to look and useability, but lacks the DECT handsets, the answering machine, and a few other tiny features you probably won’t use. So if you can live without those few things, save some money, and simply purchase a BoB Lite if you need a new modem and router, instead of a BoB2.

If you’re into the “tech specs”, iiNet has a pretty good comparison between the BoB2 and BoB Lite that you can see the full list here. As you can see, they’re pretty much the exact same.

The setting up of BoB Lite was easy. Simply attach the stand, and plug in your cables (exactly the same experience with setting up BoB2, but easier). However, I had the same issue that I had configuring BoB2, and that is that the configuration page didn’t like my username and password on setup, so I had to manually log into the router at http://10.0.0.1 and enter my iiNet username and password and VOIP details. 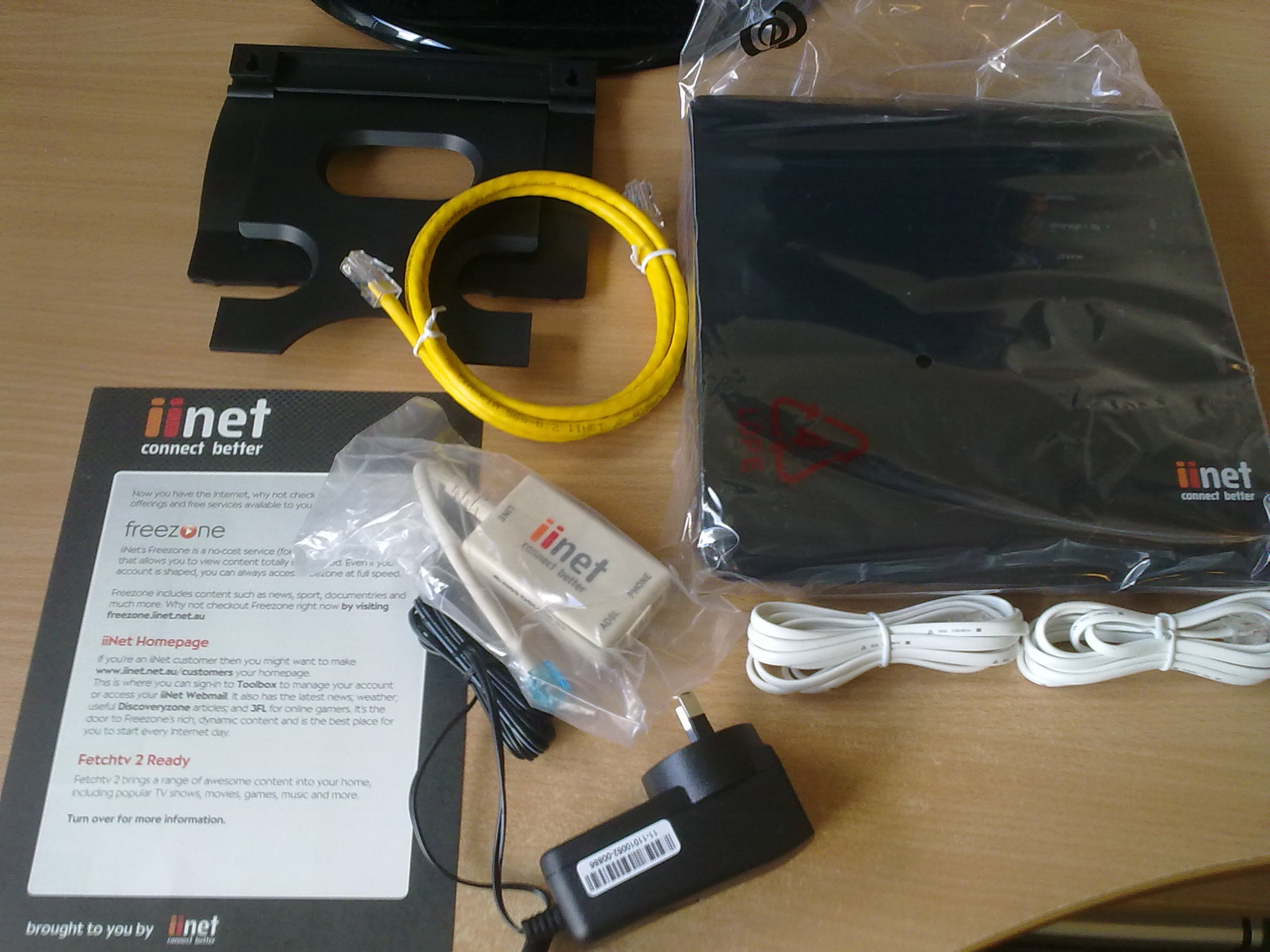 One thing to note out is that BoB Lite wireless settings, by default, it is open to the world, unlike BoB2 that has a pre-set SSID and WPA key on the back label. So this is one of the downsides for BoB Lite for the not-so-savvy tech users. However, it’s good to see that iiNet as solved that problem with BoB2. I also have done a comparison of the wireless range for BoB1, BoB Lite, and BoB2, and when I publish it, I will post it here. 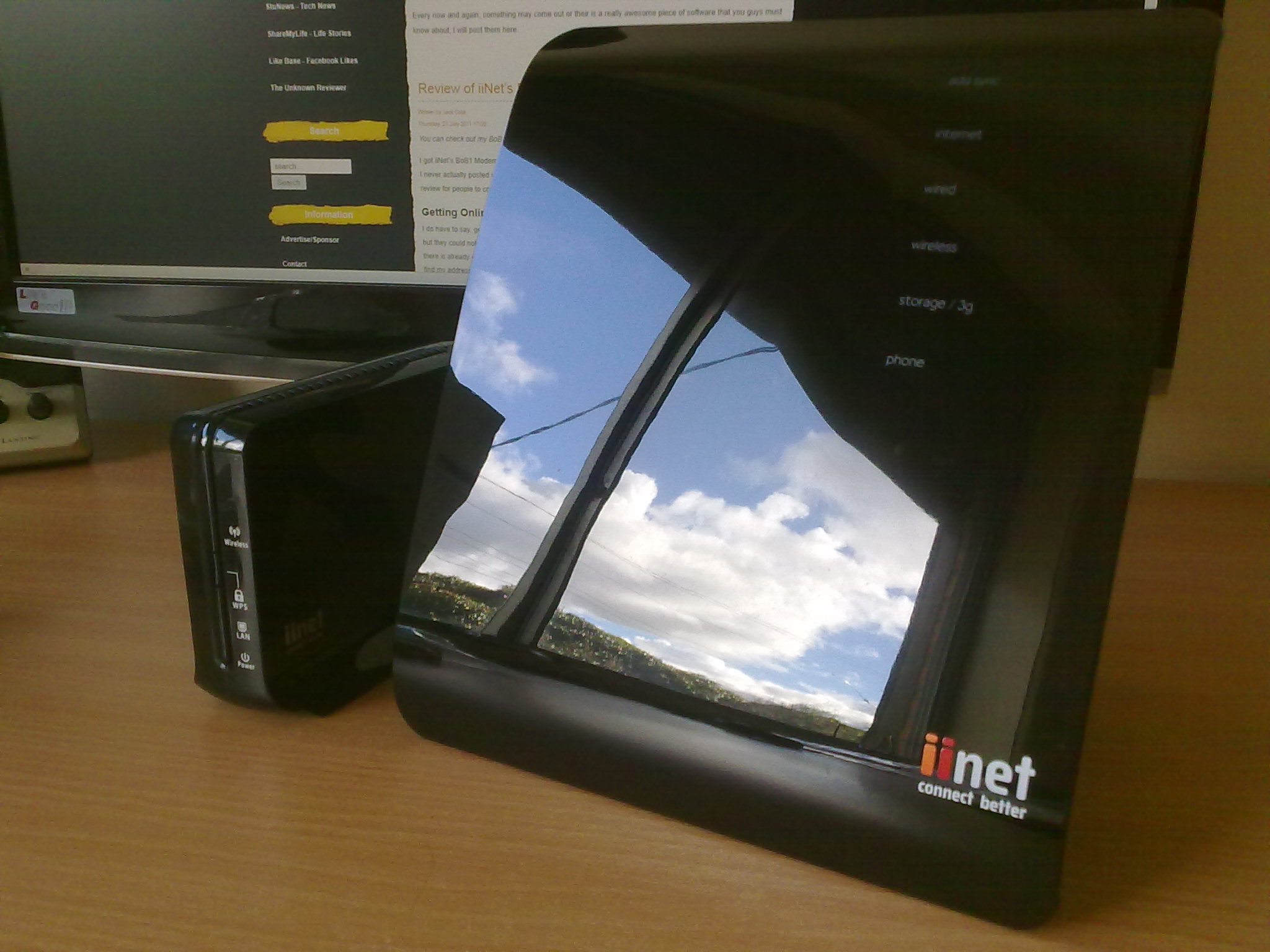 So, what’s wrong with BoB Lite?

In my personal opinion, there is nothing wrong with BoB Lite generally. It’s a good little (affordable) box that get’s you connected to the internet, just like any modem and router. However, here is a list of problems I found with it, although I would not use these as a reason not to get a BoB Lite.

So, there you go, you’ve met BoB Lite

Overall, as I have said before, BoB Lite is a pretty decent modem, almost exactly the same as BoB2, only cheaper. If you want the added features such as the answering machine, and inbuilt DECT handsets, go for a BoB2 – but if you want an affordable router, that does pretty much the same thing apart from the answering machine, and DECT handsets, go for a BoB Lite. If cordless handsets are a requirement for you, there is nothing stopping you for attaching your own DECT Base stations and your own handsets to the phone output port – and if it includes an inbuilt answering machine, you’re BoB Lite is a BoB2!

I would sum up BoB Lite as a router that gives the job done, it works, it’s easy, and once set up, you don’t have to touch it ever again, (mostly).

Update: Since receiving BoB Lite, I have been using it with another ISP for quite some time, and have only had one problem, which a simple reboot fixed it. 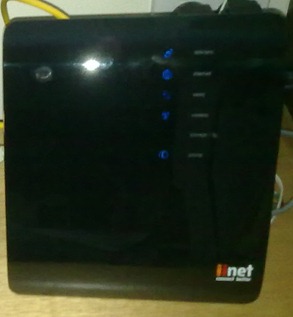 Disclaimer: iiNet gave me a BoB Lite to review and one to giveaway. These views are my own.