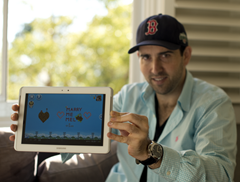 For those who follow JackCola.org on Facebook, you may have remember me posting a story about an Australia man who proposed to his girlfriend using Angry Birds.

I am glad to say, I managed to score an interview with the man behind the ordeal, Ben Levi, a resident of Sydney.

Let’s see what Ben has to say regarding his Angry Birds proposal!

Tell us a little about yourself Ben, where are you from, what do you do for a living?

I’d like to think of myself as I’m an entrepreneur who’s in the real estate, software, start-up world.

Tell us a bit about your partner, Melisa. How’d did you both meet and how long have you been together?

How did you come up with the idea to use Angry Birds to propose to your girlfriend?

It was a bit of a joke really. I like doing things differently. I like doing the unexpected. It was 2am one October night and while brainstorming ideas for a proposal I remembered Mel once joking that Angry Birds would one day be involved with our Wedding day. Disclaimer: I don’t actually play Angry Birds AS MUCH as Mel has made it sound in the media!!

How much planning was involved? Did you nearly spill the beans? How did you find the right time to propose?

There was a lot of planning involved. I successfully kept it completely under wraps. Mel had absolutely no idea and there were no times where I was even remotely scared of her finding out.

There was organisation with Rovio to get the game built. I then needed to be home to receive the Samsung tablet they sent me from Finland with the game on it.

I had to organise to buy the diamond. Mel’s extended family are in the diamond industry so they were in the loop too.

The restaurant knew what was happening, and a few of my friends were helping me create videos for Rovio. There were lots of parties involved………. but I trusted all involved. 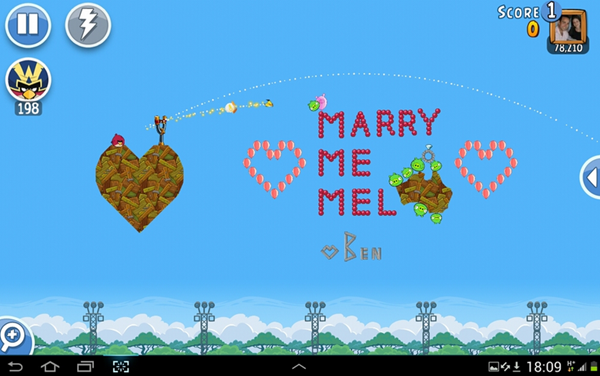 If the Angry Birds proposal fell or didn’t go as planned on the night, how would you have proposed on the day? Did you have a backup plan?

Same way it went, just without the hidden cameras or Angry Birds game.

We were out for lunch at the same restaurant we went to for our first anniversary in 2005 – Cottage Point Inn. Mel thought we were there to celebrate moving in together. I had believable stories for everything!!!

What is your wedding going to be like, or is this still a surprise for Melissa?

Mel is the boss. There will be around 300 people (large family + many friends). We haven’t quite worked out where or when yet – probably early 2014.

How have yourself and Melissa coped with all the media attention?

Mel has absolutely loved it!! She was born to be on TV. I’ve enjoyed it too. It’s been a great experience, something we’ll remember forever!

What advice would you give people who would like to do bold and unique things such as your Angry Birds proposal?

TRY. You have absolutely nothing to lose. I never thought Rovio would get back to me……….. and for 3 months they didn’t (and I wasn’t even disappointed)! I’m a big believer in creating your own luck. The more you put yourself out there – the more luck is on your side.

Can we play the Angry Birds level?

It was in the first week of the Angry Birds Friends game. Unfortunately that period has now ended – and I didn’t even have the top score!! 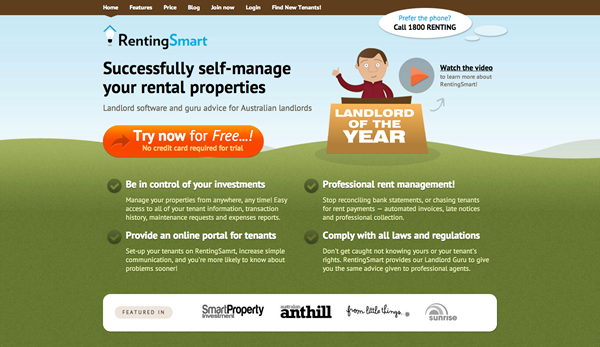 Ben isn’t just famous for proposing to his girlfriend through Angry Birds, he is also the founder of Web App RentingSmart. Hopefully Ben, will share his insights for Renting Smart.

You’re also the founder of RentingSmart. How did the idea come to you?

I have an apartment, my parents and family have a few investment properties too. For far too long I had seen property managers make mistake after mistake and still charge you month after month. Honestly, I thought it was ridiculous!

I fired my property manager…. and my next thought was”what do I do next?”….. I wanted something that would keep me organised, keep my financials in place, reconcile rent payments, and let me know about any new laws I had to know about! There was nothing out there so I built RentingSmart myself!

How long as RentingSmart been live for, and how many active users do you currently have?

RentingSmart has been live in Australia since July 2012 and we’ve helped many hundreds of private landlords!

Do you see RentingSmart being the end for Real Estate agents involved with renting out properties in Australia?

No. We’re not for everyone – the market is huge and varied. The fact is that about 30% of the market  self-manage. We see RentingSmart as the tool to help these people self-manage better. The 70% of the market is made up of many types of people, including those who are time poor, people who dislike their agents but are scared to manage on their own, people who enjoy the service they receive. There are of course a percentage of the 70% who have crossed sides and are now self-managing thanks to RentingSmart! 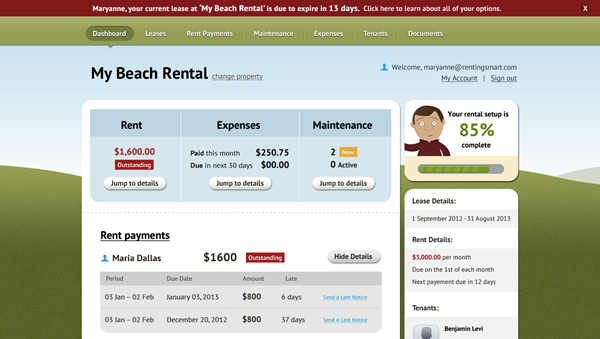 Where do you think RentingSmart will be in the next 3-5 years?

What promotional strategies did you use for Angry Birds and RentingSmart? Did you tell your stories, or did media pick up your story and approach you?

Angry Birds and the media was all thanks to Rovio. They set up the initial story with the Huffington Post.

RentingSmart is hustling. Always looking to tell my story to anyone who will listen. People like stories…… they’re more memorable!

I would like to thank you Ben for your time with this interview. I wish you all the best in your marriage and success with RentingSmart. For those who would like to know more about you,

Where else can we find you online?