Throughout my life, I have dealt with numerous numbers of businesses. I’ve had bad experiences turned good, and have bad experiences get even worse. So here’s a few things, I think, businesses should be doing to create more success and increase customer satisfaction. 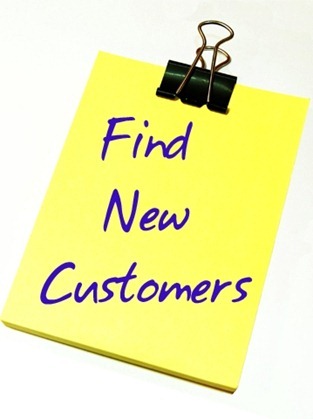 I see so many businesses do everything they can to get new customers, but when you are a customer, they treat you like utter crap. I don’t get why they do this as gaining new customers usually cost more money than it takes to retain existing customers.

I really like the saying “The customer is always right” – although, in some cases they will be wrong. However, if the customer thinks they are right, and you say they are wrong, they are likely going to tell all their friends to never do business with you. If a business accepts the loss of one customer by giving them something to make them happy, than that customer may tell all their friends to do business with you. Therefore, instead of writing off a loss on one customer, you gain another 10.

3) One upset customer can cause a chain reaction 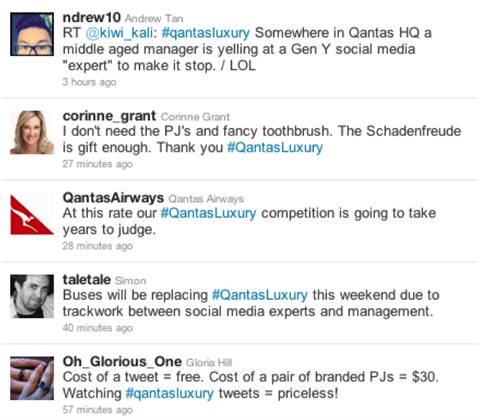 I had a falling out with one online business – but I won’t name them. They had a competition, in which I won some money, and they accused me of cheating the system – which I can honestly say, I did not cheat the system – but they thought I did. In my frustration, I wrote a Blog post (on this site) telling the world my side of the story and why from now on, I would never do business with them again. I emailed the link to them as part of my argument as to why I wasn’t cheating. They said, Ok, we’ll give you the money back and forget that this all happened if you delete the article. So I did what was right and deleted the article. A few years later, I am now consistently promoting that company wherever I can, and I have driven a number of sales too them already. So it was lucky they reimburse my winnings, otherwise I would have been saying, “Don’t go with this company” instead of saying, “go with this company”. This is almost exactly the same as “the customer is always right”.

4) Customer satisfaction should be the highest priority

I once purchased a pushbike from Kmart for $150. I rode it every day, and about one month in, the pedal would fall off – not just the pedal, but also the whole crank. Every time I would pedal, the screw will loosen (because the way you pedal is the way the screw loosens). So I took the bike back to Kmart to get a repaired. A few days later (after no one contacted me), I asked about the bike, and they said it was malicious damage and would cost $70 to repair. That’s half the price of what I paid for the bike. I couldn’t understand their justification in that price, and why they said it was malicious damage – the pedal falls off every time you ride it! That is a design fault as the bike was not able to be used how it was intended.

At this stage, I was pretty pissed off. So I called up the store manager in which we had a very intense argument. My argument was that I should be able to get my bike repaired or my money refunded as it was faulty because you’d expect to be able to pedal without having to tighten a bolt up all the time. The store manager got really frustrated – to a point he was almost about to swear at me, and he gave in giving me a full refund.

As a customer, I was not satisfied in the with having to pay half the purchase price of a bike to repair for something that was a design fault. Since I had to go to extreme lengths, this is the reason why I am shaming Kmart. If it was Aldi, you could return the bike within 60 days, and no questions ask – this is excellent customer satisfaction as if you are not satisfied with the product, you are free to return it.

On the positive side, companies such as iiNet and Virgin Mobile have moved my satisfaction levels to over 100%. I won a BoB2 from iiNet, and in return, I wrote a review about it for my own interests and iiNet gave me other iiNet Lab products to give away. My mum also won a 1Gb iiNet USB stick which she got, then about a week later, she get’s two more in the mail from Westnet – still not sure why. Nevertheless, I am happy.

The same with Virgin Mobile – I purchased a new phone from them, wrote a review about the phone, and they are sending me a surprise in the mail. At the moment, I am really happy with these two companies – they have it 100% correct on how to create customer satisfaction.

As a business, you may know the direction you want to go into, but your customers may think differently. Remember when Telstra added a surcharge for paying bills at the Post Office – this was something that a large percentage of Telstra customers did because it was the only way they knew how to pay their bills. Telstra listened to their customers, and ditched the surcharge and customers where again happy.

Companies should have a team responsible for responding to customers’ needs. Companies such as Virgin Mobile and iiNet do this through their Social Media team. They’re getting valuable feedback from what people are saying about their company on forums, Twitter, Facebook, Blogs and turning that feedback into actions that meet customers’ needs.

6) One person to deal with your issues

Telecommunication companies are also a good example for this. I had a probably with my iiNet account, so I sent them an email. A representative got back to me, worked through the issue with me and even gave me their email address in case the problem occurred again and so I could follow up with them in one month’s time. This was good because I only had to deal with one person and I didn’t have to tell the same story to ten different people, get ten different answers, and talk to 10 different departments. I spoke with one person and that person did all the talking to all the other departments on my behalf.

As with Telstra, it was a different story. I called them up, spoke to one person who referred me to a different department. That person didn’t have the correct permissions, so they had to refer me to another person. Then that person had to deal with the other department and for the entire phone call, I was being directed department to department telling the same story 10 times. All I should have to do is call one person and tell that person what I want archived. I hang up, that person talks to everyone in all the departments on my behalf and then calls me back 20 minutes later with the problem fixed. That way, I am happy, as I don’t have to waste my time explaining the same thing to everyone. Telstra, take the hint in what iiNet does.

This has to be one of my favourite examples. When SOPA was being passed through Congress, GoDaddy – a domain and webhosting company said they supported SOPA. Well, did the people of the internet speak out! In one week, GoDaddy lost 72000 domain names from people boycotting a domain name register for supporting SOPA. Then unexpectedly, GoDaddy decided to oppose SOPA, but the damage has already been done. 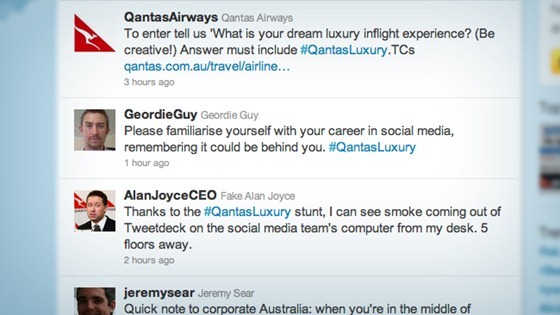 Back in October 2011, Qantas CEO Alan Joyce grounded the entire Qantas fleet over industrial action ‘just because he could’. This left thousands of passengers stranded at airports around Australia, but thankfully, Virgin Australia saved the day. Then a month later, Qantas’s social media team had a competition where you could win Pyjama’s with the hashtag #QantasLuxury. The question was “What is your dream luxury inflight experience? (Be creative)”. Moreover, you could imagine, they were all about having a plane that actually flies and were workers weren’t locked out.

As it turns out, Qantas doesn’t actually know who won.

Therefore businesses, I hope you have learnt something here. Do you have any suggestions for businesses?

Image Credits: Loyalty and Customers, We are Social, Peth Now