After being a proud owner of a BoB1, BoB Lite, and a BoB2, I decided to use a program called HeatMapper to test out the Wireless range and signal strength of all three BoB routers.

Unbelievably, HeatMapper was my first article I have written  on web blog MakeUseOf.com.  Heatmapper is software that you install on your laptop to measure the strength of Wi-Fi signals. All you have to do is upload a map, or use just a simple grid and start walking and clicking to record the strength of the wireless signal in that particular location. To be able to accurately record the signal strength, I quickly made up a floor plan of my house using Gliffy.com. 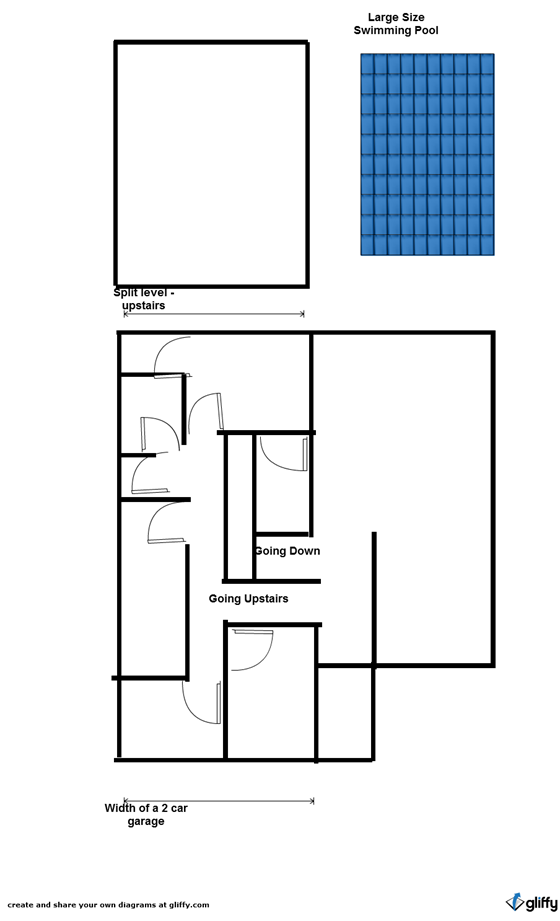 The house is split-level house on three levels. The area on the right hand side is on the middle level, and the area on the left is upstairs. I didn’t measure the strength of downstairs, as this would have skewered the results slightly. 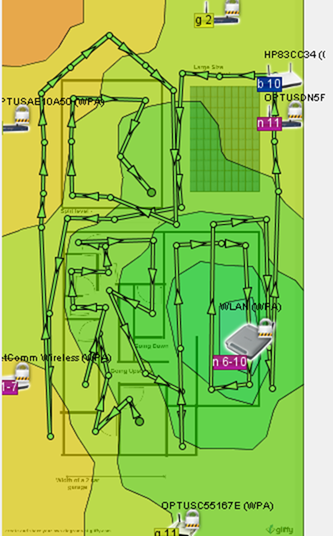 As you can see, the BoB1 map covered most of the house weakening in the upstairs bedrooms, with outside also losing some signal strength. During the survey, a number of neighbouring wireless routers were also discovered. One good thing I like about HeatMapper, if you’re in a place like a University, or a workplace with full Wireless Coverage, HeatMapper will almost pickup the location of that router 100%, as you can accurately see in this drawing. 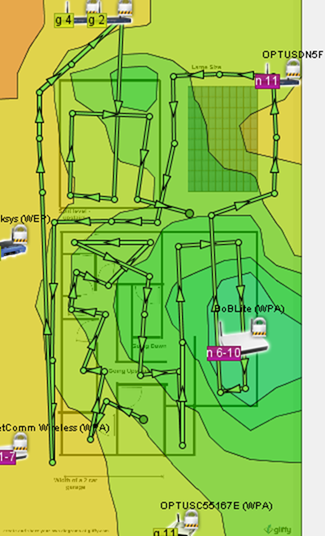 The BoB Lite wireless signal was also very close to BoB1. Although, I didn’t measure outside the house (see right of image), so this may have skewered the results slightly. Coverage also seemed weaker in the room adjacent to the pool, and I am not entirely sure why in that area, there is a green circle indicating a stronger signal. 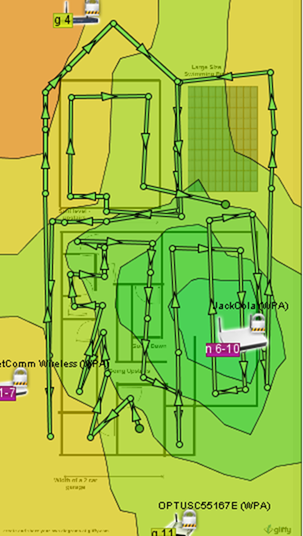 According to the BoB2 map, the wireless strength isn’t that great compared to the BoB1 and BoB Lite. However, I think this survey result is not entirely accurate as it only picked up four neighbouring routers, not seven like the BoB1 and BoB Lite did during the surveying. Nevertheless, I did the test again just to double check. 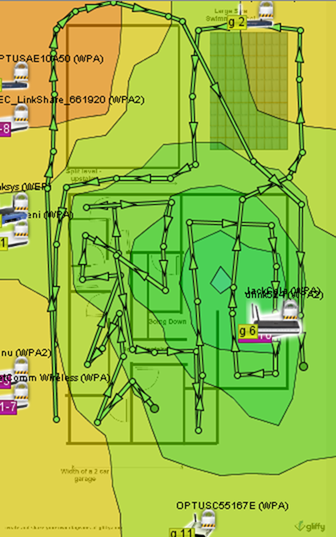 This image seemed to have slightly better results in some areas compared with the first test, although it mostly appears the same especially when inside the house. This time, I did not go into the room adjacent to the pool, so that is probably why you are seeing more orange inside that room compared to other tests.

On the same session that I did the second BoB2 map, I also recorded the signal strength of one of my old NetGear DI-524 Router. 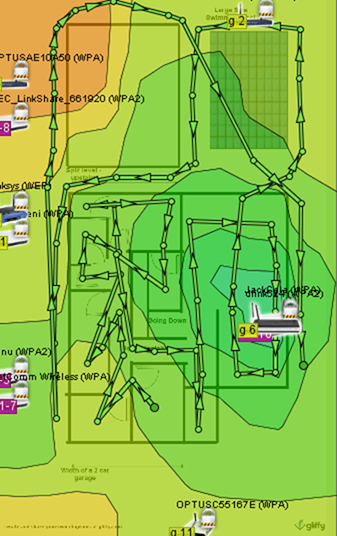 It does appear that the old DI-524 Router has better coverage than the BoB2, but you have to take into consideration that you would only get a maximum 54Mbps with the NetGear, while you can peak with 300Mbps with the BoB2.

To put it all together in a nice animated GIF…

It’s up to you to form your own conclusion whether or not these routers are for you. I do have to say that these tests aren’t perfect, as there is a range of other variables and factors involved. You can see this with the two different results of the BoB2 tests. It does however, give you a brief insight to the general coverage, but not the speeds you can get in those areas. This house is quite large and I seem to have coverage throughout the entire property.

If you do find you lack coverage in your house, you can use another old wireless router in bridge mode to boost your wireless coverage.

Disclaimer: iiNet gave me a BoB Lite to review after I wrote a review about the BoB2 which I won.