I really wonder what is currently going through the minds of those working at Facebook. In the past week, you’ve been threatened to be taken down for a day, yesterday, everyone seems to be having problems, and your new and improved Facebook Chat system… well I am not going to comment on how that was a good idea. There are also more changes that are now live such as the redesign of the account settings page, which now looks like this: 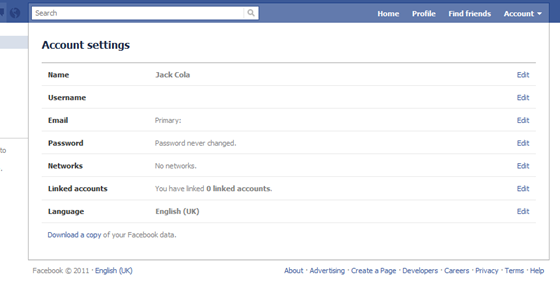 Not only that, but today, I got this email saying that I have not been on Facebook for a few days. What the hell? I’ve been on Facebook every single day, so make sure you get your facts straight. With the information you have, I don’t know how you could get that wrong. 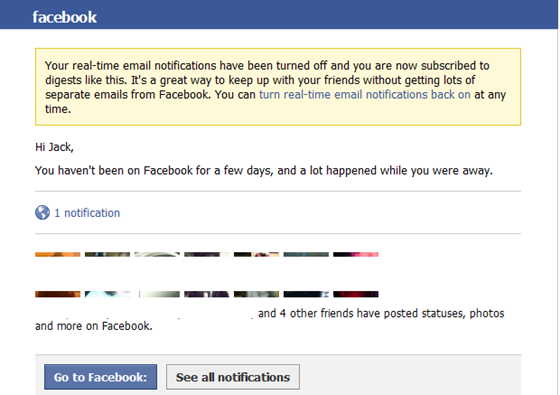 One thing that is pretty good is that Facebook, (well I assume) tells you how many emails it sends of a certain type. Although it is not extremely useful, it does put it into perspective of how many notification emails you get. Since July 2007, I have all social media generated emails go into one folder – that is MySpace, Facebook, and now Google+, and I’ve accumulated 9100 emails (exactly) – although not many, it still adds up. 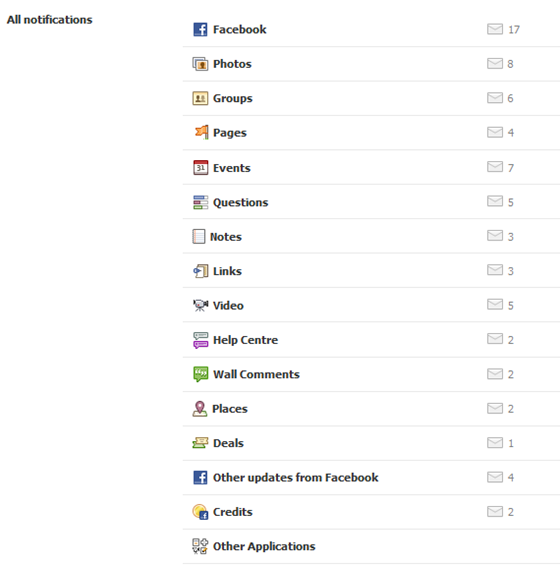 So are you happy with these Facebook changes? What are your thoughts on the new Chat sidebar? Are you switching over to Google+ and deleting FaceBook for good? I would love to hear your thoughts.