In early Feb, I wrote about Aldi selling a new Netbook – The Fission 10.1” Netbook for $299. I need a new Netbook for Uni so I can type up my lectures notes because my current Netbook from Aldi, the Medion Akoya E1210 battery lasts a massive 5 minutes now after about 3 years of use in lectures for the past 2 years.

So I went to Aldi, to pick up my new Netbook. My Aldi store had plenty of them there, and if you know a bit about Aldi, if there is a lot of the same item left after 5 days from being sold, it is usually crap – and this Netbook was no exception. 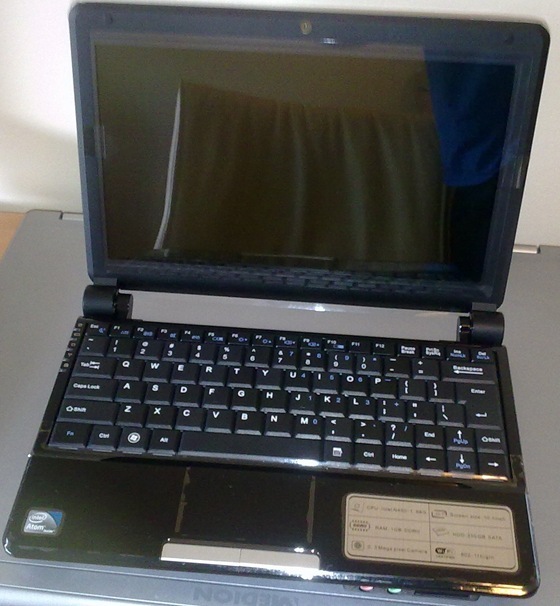 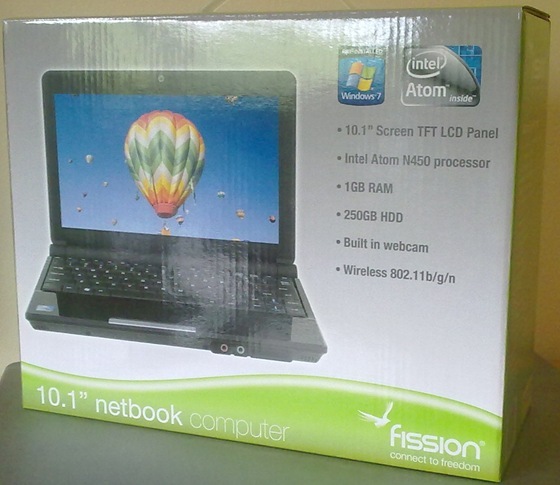 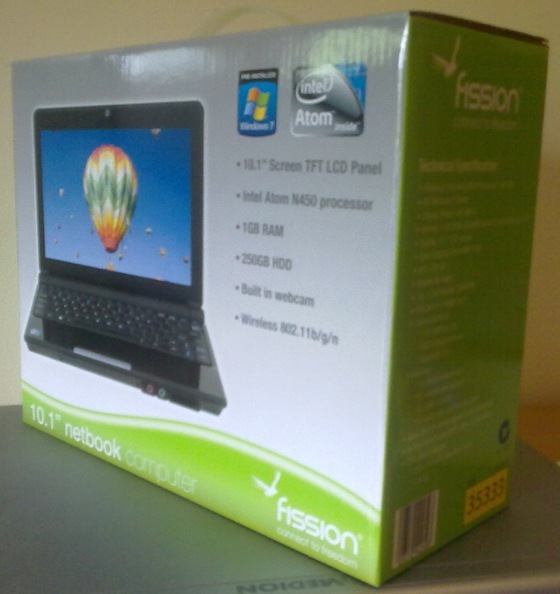 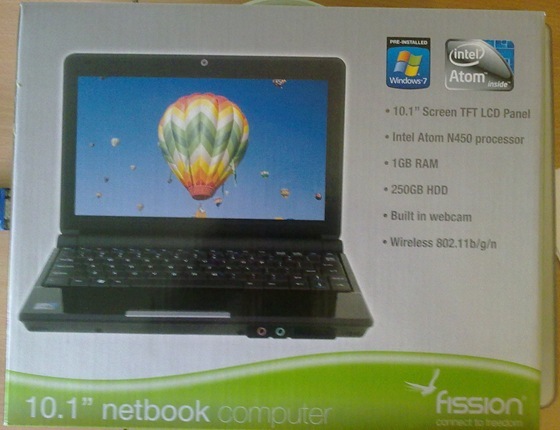 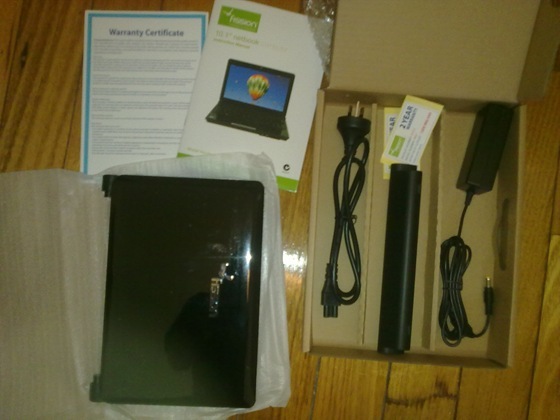 The reason of a Netbook is to be able to use it in spaces you don’t have much room in like in chairs, lecture theatres, airplanes, and cars. Because you don’t have much room, you don’t usually have room for a mouse, so you heavily rely on the touchpad. This is my 4th laptop I have had, and by far, it is the worst touchpad I have every used. In fact, I am returning the laptop back to Aldi for this very reason. Have you ever seen an elderly person use a laptop touchpad for the first time? Do you know how frustrating it is watching them use it as they just can’t get the mouse over the icon – well, this was it was like. The touchpad really only recognised your finger moving horizontally and vertical, and even then, it doesn’t like those movements. If you move it diagonally, it either doesn’t sense the input at all, or it moves horizontally then vertically. There is no smooth diagonally control. Actually, moving the mouse in any direction is not smooth, and it jerks around. You can actually move your finger and the mouse doesn’t even move at all!

When you first unbox the Netbook for the first time, and boot it up, you go straight into the Operating System; unlike the Medion Brand laptops I purchased from Aldi where you go through prompts to setup your computer like setting a computer name, and user accounts names. To change all this for the Fission Netbook, you have to go into each relevant section in the OS and change it.

When boot up the Netbook, you’ll notice that the copy of Windows isn’t even a genuine (see the bottom left hand corner). 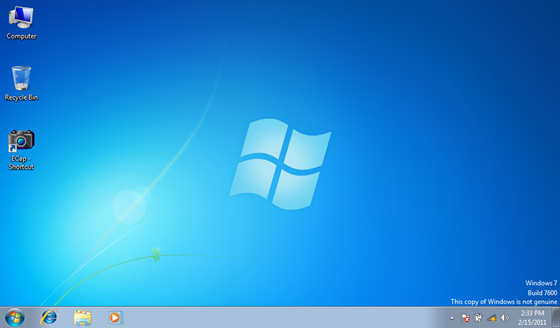 So before you can start using Windows, you have to validate the OS with the product key which can be found underneath the Netbook. In doing so, the pretty little desktop background turned black while I was validating it, and one reason I don’t like Windows 7 Starter is that you can’t change the desktop background without performing some sort of hack. So now I am stuck with this Netbook with a black screen – it’s not good. 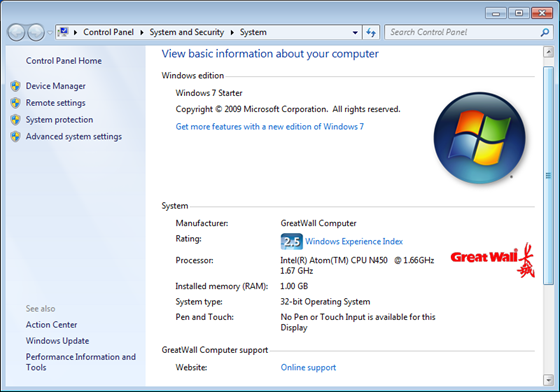 The other thing I don’t like how this Netbook was set up is how the disks have been partitioned.  Yes, it may be fine in some situations, but I don’t think this is the way to go to setup an OS on a Netbook. With all my other laptops and desktops I have purchased, D drive is a smaller drive and contained files such as drivers and other recovery files (like D drive on this does), and C drive was larger that contained everything else. It is like that they incorrectly assigned the wrong drive letters to the partitions. I think the drive should be swapped around. I tried repartitioning the disk sizes in Disk Management, but it failed, so I just gave up. 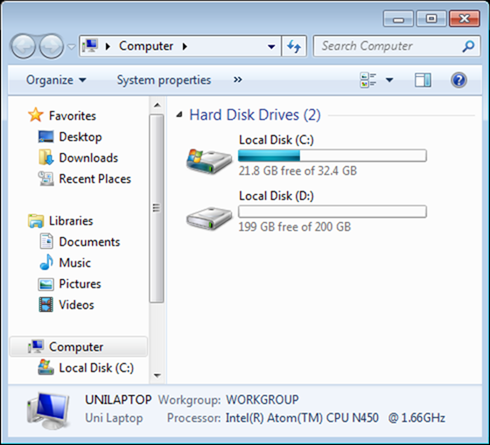 So I have the Netbook turned on sitting on my desk while I use my desktop PC. Then I hear a noise and think it’s the Cicada’s that are outside. However, on a closer inspection it is in fact the Netbook. If you are not sure what Cicada’s sound like, Wikipedia has some audio of them. And I can’t believe how much the Netbook sounds like them – it’s astonishing.

The other issue I would like to bring up is the Brand. On the box, it is marketed as Fission – an Aldi Brand. But the OS, OEM sticker all says it’s from Great Wall (English Translation). I am not sure if they are related to Great Wall Motors in anyway.

The Keyboard and Other Stuff

The keyboard is a little different, they keys a quite a bit smaller then my other 10” Netbook, so it may take a little time to get used to it. When typing, you will notice that they keys go a fair way down, and typing is quite loud on it because of that. One thing I do find useful, is that the power button is on the outside of the Netbook, not the inside, so you can switch it on, then open the screen, which makes boot time a little quicker as you don’t have to open the screen to turn it one which can take a while. Opening the screen is a little tough, the hinge seems very tight.

For those wondering how long the battery lasts, it lasts for 5 hours.

In the end, I will not recommend anyone to purchase the Aldi Fission 10” Netbook. It is the worst laptop I have purchased (mainly due to the OS, Noise, and Touchpad), and I will be returning it to Aldi soon. 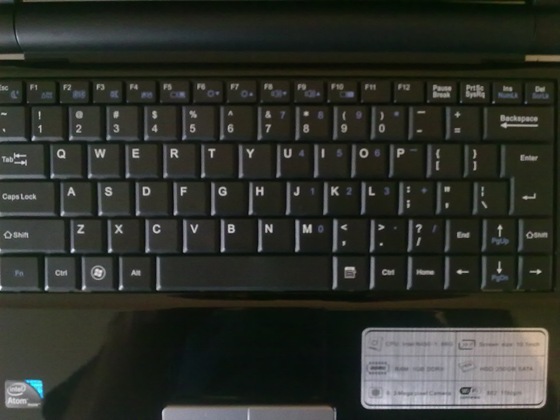 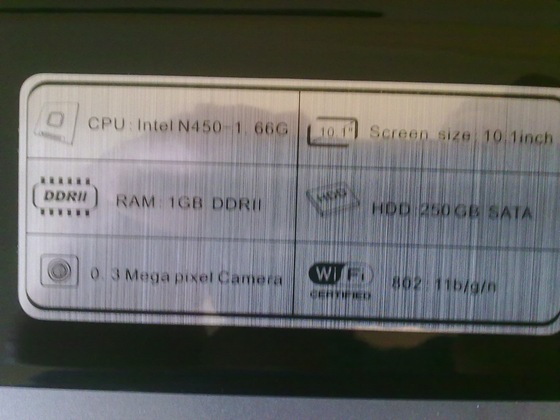 If you have purchased this Netbook, what are your thoughts on it? Do you like it?