Below I present you 3 graphs from Facebook, Twitter, and MySpace. The graphs show the daily unique visitors from the three popular social networking websites.

So lets first look at the number of unique Facebook visitors: 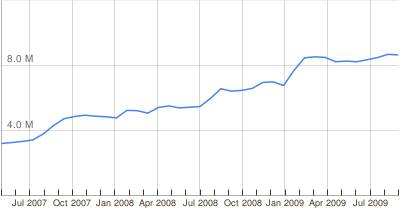 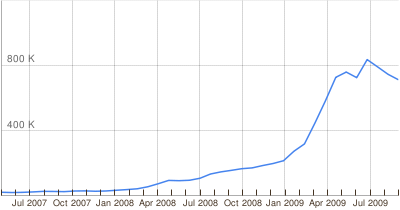 So not as many as Facebook yet, but a steady increase apart from the end. Obviously the hype is over now.

So one final site is to look at MySpace. How do you think that is performing? 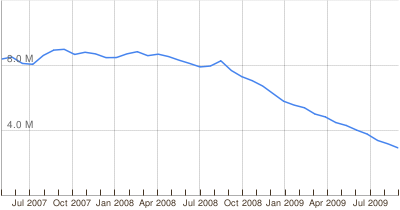 Wow, it looks like the exact copy of Facebook, but going backwards (or flipped). I wouldn’t be too shocked about this. All I can say from this, is that there is the same amount of people that use social networking users, however, all the MySpace users are switching over to Facebook.

So what are your comments on these social networking sites? Are you a Facebook, MySpace and Twitter User? Tell us!