The Open Systems Interconnection (OSI) Reference model is an important concept in network communication. Its aim is to divide the internet communication system into layers. The OSI model is broken into seven layers that describe the types of networks communication. Let us have a look at the seven separate layers and their functionality:

The application layer is the layer that the user mostly interacts with. An example is the graphical user interface of an application, such as a web browser. E.g., Mozilla FireFox, Google Chrome, Microsoft Internet Explorer.

The network layer provides the end-to-end routing of packets from a device on one network, to a device on another network, still maintaining the quality of service set by the transport layer. Its primary focus is on network addressing and routing. In this layer, Routers are used to route the data between networks, thus routers work at layer 3 and are routed based on the IP address.

The data link layer is responsible for the transfer of data between networks. This layer has two sub layers the Logical Link Control (LLC) that provides the protocol to protocols for flow control, acknowledgement, and error notification; and the Media Access Control (MAC) to ensure successfully communication of packets through frame synchronisation. A switch operates at layer 2 the switch and forward frames within the network based on the MAC address.

The physical layer is the actual sending bits (1’s and 0’s) over a communication channel. 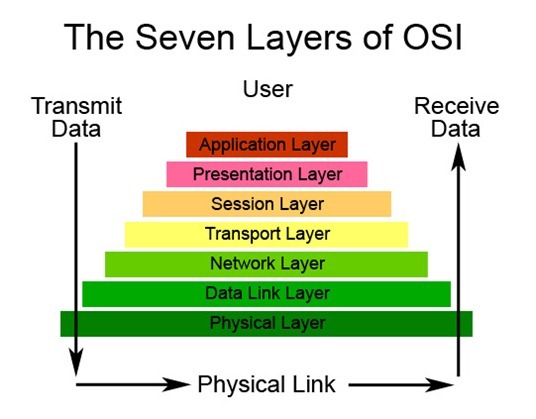 Similar to the OSI model, the TCP/IP Protocol Architecture follows a similar structure; however, differentiates by having a 5 layer structure by combining:

· And the physical layer are the same in both models

Layered protocols outline the rules on how systems to communicate to each other. It contains:

· IP – sending of the identical datagram

· Ethernet – sending of the proper frame

· Network Interface and Wiring – sending of the actual bits

The network administrator mostly defines the addresses in Layer 3, by creating local subnets. The subnet of a device would usually change based on its location, but for layer 2, the address will remain the same. Thus why routers are required to be able to forward packets to the correct location.