Home  »  Tech   »   Here Are The Locations Of Speed Cameras In Australia 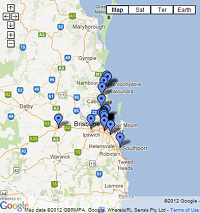 As a driver, even if we try not to speed, there are often times when we do, whether it is consciously or not. It seems we are always getting speeding tickets in places where it is easy to speed and we often put this down to simple Revenue Raising by Police.

If we see a Speed Camera, we often slow down because we don’t want to receive a nasty fine in the mail. However, did you know that the location of Fixed Speed Camera’s, Red-Light Camera’s, and Mobile Speed Camera locations are available online for all to view?

On this page, you will see a map of all the Speed Camera locations. Also, you will find a link to an Excel Spread Sheet outlining all the possible places where Mobile Speed Camera may be located. 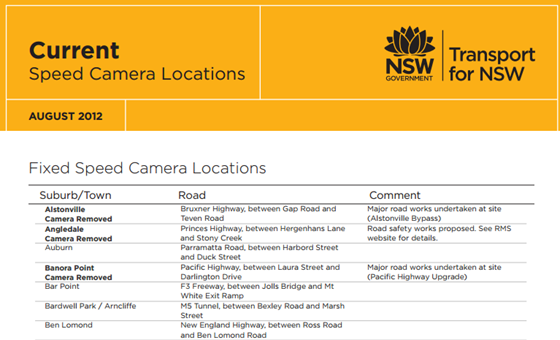 However, at time of writing, the document was last updated in August. However, you can download other available documents of NSW Speed Camera Locations at http://www.rta.nsw.gov.au/roadsafety/downloads/current_speed_camera_locations.html. 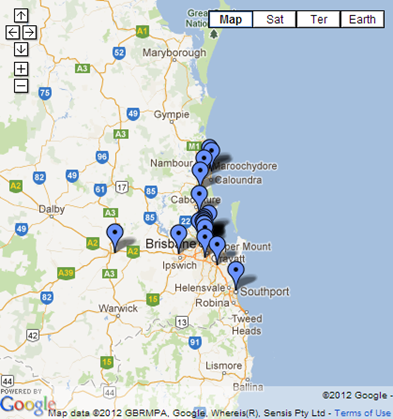 Brisbane drivers can find the Speed Camera locations on this page http://www.tmr.qld.gov.au/Safety/Road-safety/Camera-Detected-Offence-Program/Fixed-camera-locations.aspx. There is a map of where the cameras are located, the type of camera used as well as a list of all the camera’s and their implementation date. You can also find a larger view of the speed camera locations on this Google Map. 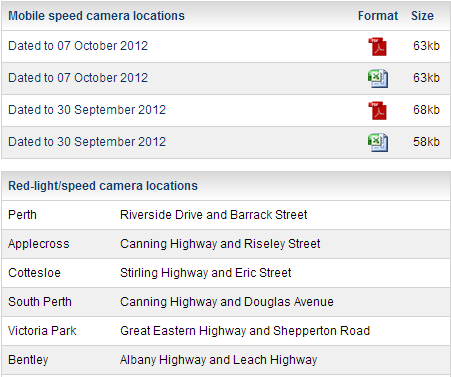 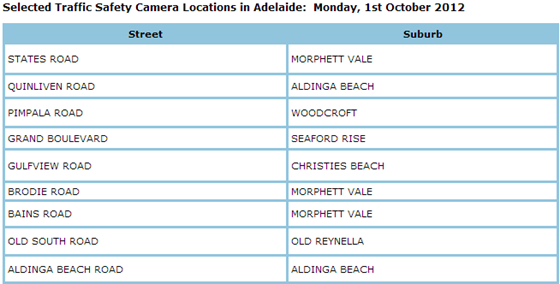 Speed Camera locations in Northern Territory and Darwin can be found at http://www.transport.nt.gov.au/ntroads/speed-light-cameras.

Information about the location of Speed Cameras, Red-Light Camera’s, Mobile Speed Camera’s and Point-To-Point Camera’s can be found at http://www.tams.act.gov.au/move/roads/road_safety/speedandspeeding/act_government_safety_camera_program. However, at time of writing,

links on this pages are returning 404 errors.