In 2014, I suffered a hard drive failure, in which it took 2 months to try 11 different methods to recover my files. This time, instead of my hard drive failing, my friend’s hard drive crashed after she plugged it into her Xbox.

With all her childhood photo’s, oversea holiday snaps, documents, and no other backup, you can image how devastating it is to lose all your files. So, if you haven’t yet taken a backup of your computer files, I suggest you do this now.

But what is surprising though, none of those 11 methods I wrote in my article back in 2014 did not recover any of her files.

What Were the Symptoms?

When you plugged the hard drive into a computer, it powered up and Windows detected it, but then nothing else would happen. The Hard Drive didn’t appear in My Computer.

When you opened Disk Manager, a popup would appear staying that you must “Initialise a Disk” to be able to use it. This could have fixed it quite easily, but more likely, it would have made the recovery efforts a lot more difficult. When you are trying to restore data, you don’t want to make changes that could limit your recovery efforts down the track. 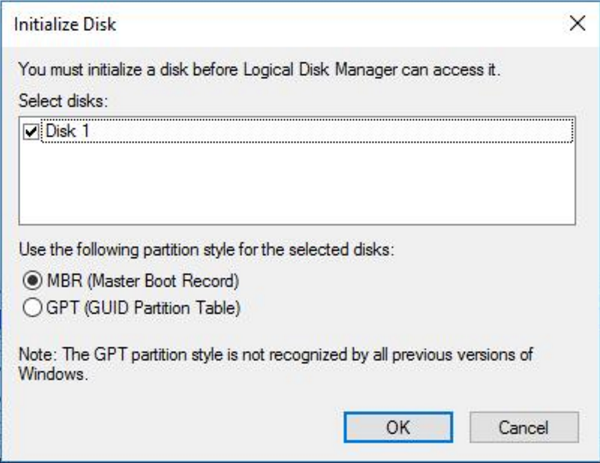 The actual disk in Disk Manager, gave the state as “Unformatted, RAW”.

How I Recovered the Failed Hard Drive

My first step I did was go through the steps I did when my hard drive failed. However, as this was a portal hard drive used for storage, booting into Safe Mode to perform a Windows Repair was out of the picture. Same with using an External USB Caddy.

My first step was to make a sector-by-sector clone of the hard drive using a Ubuntu Live CD. This was successful, which meant I was able to use this image to recover the drive rather than potential cause more damage to the original hard drive (in case it was a physical issue).

Unfortunately, when I tried to mount the drive using OSFMount, it failed, even though it worked on my other hard drive.

So, I had to go back to the drawing board.

The first tool I tried was MiniTools Partition Wizard after reading about it on a forum. This tool would have been able to recover the Boot Record / Partition table. I tried it on the Disk Image from OSFMount, but I didn’t have any luck. It could be because it wasn’t the physical drive, but I didn’t want to perform any actions that actual drive itself at this time as could make data recovery harder. 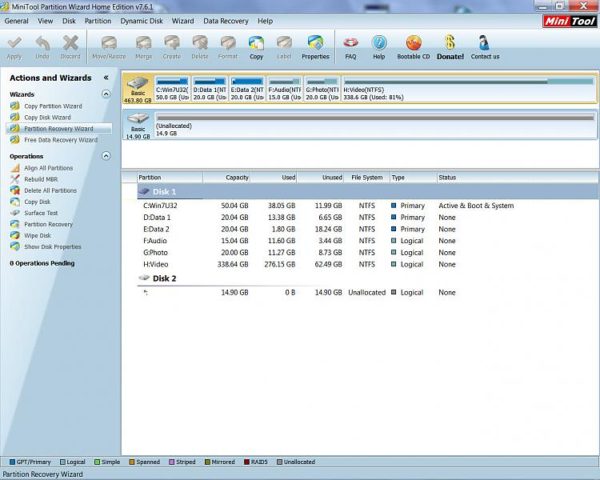 Another tool that was recommended was PhotoRec. PhotoRec is a little harder to use as it is all text-based commands. After running the program on the disk image, I was able to recover most, if not all files from the hard drive. The only downside with PhotoRec was that it lost all the file names and folder structure for all the files. PhotoRec simply provided you with the files. I gave this to my friend, and she was stoked that she was able to get all her pictures back. Although it just meant countless hours sorting the files again – which isn’t ideal if you have thousands of files. It also took a few days to run. 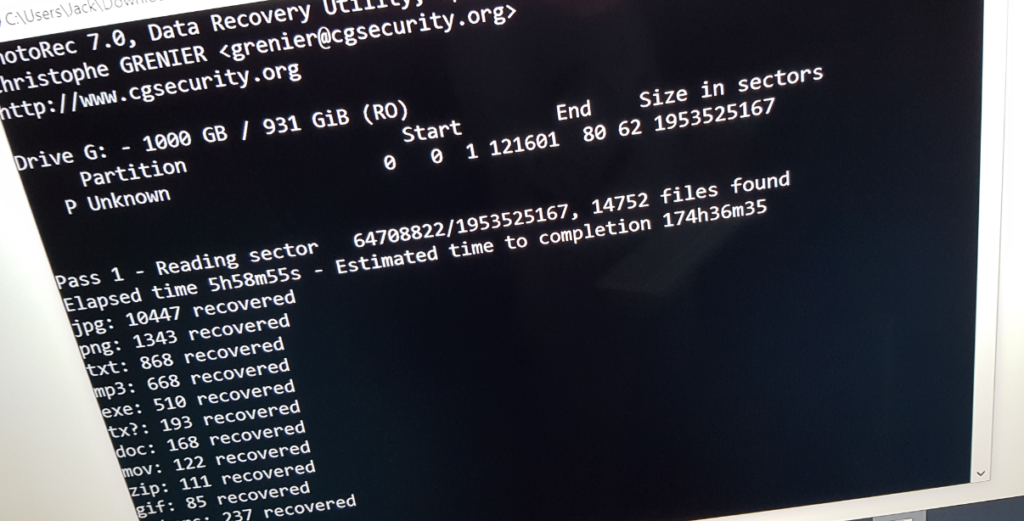 With not being happy with the outcome for PhotoRec, I decided to keep digging and I looked at EaseUS Data Recovery. The free version allows you to recover up to 2GB of data. As I have been partnering with EaseUS from 2012, I have received the Pro version for free. (Please note, this is not a sponsored post for EaseUS – their product actually worked).

After running the program on the hard drive itself (I could take risks now as I had the files from PhotoRec). The scan took about 24 hours to complete. A good feature with EaseUS Data Recovery is that you can export the scan results, so you don’t have to rescan it again at a later data. 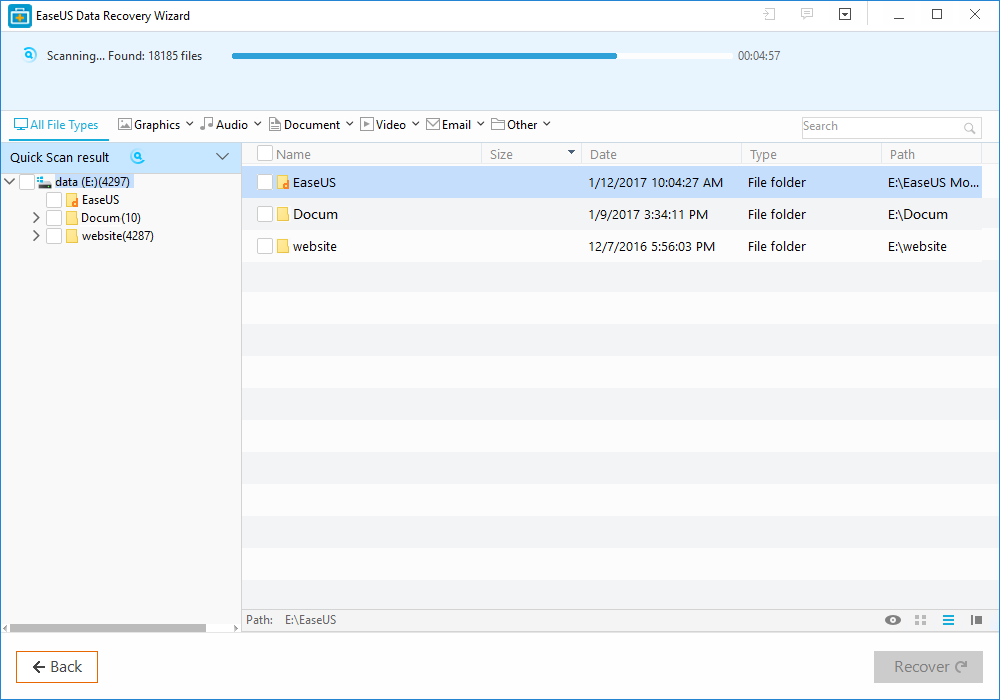