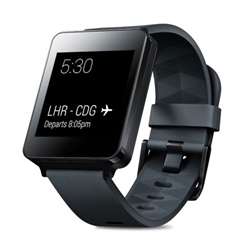 I managed to get my hands on the brand new LG G Smartwatch thanks to MobileZap, a supplier of the latest smartwatches to see what all the fuss is about wearable technology. This is my first time using a smartwatch and I can really see the usefulness, however, there is still a lot more development work required to make the it useful.

Although the concept of sending and receive text messages and answering calls through your watch is a pretty cool thing, it’s actually pretty inconvenient to do. There’s no issue with sending a SMS message, it is as simple as moving the watch near your month and saying: “Ok Google, Send text message to <name>, message, <message>”, and then your message will be sent. I rarely have any issue with Google’s Text-to-speech technology. However, if you get a reply to the SMS, the watch doesn’t tell you who it is from, so you still need to get your phone out of your pocket

Making a call is as simple as saying “Ok Google, call name”, but it calls through on your mobile, so you still have to get it out from your pocket. It’s defiantly time saving, but impractical as you still got to get your phone out of your pocket. If your car has Bluetooth, it’s defiantly easier than trying to call someone through your car radio as if your phone is paired, the call comes straight out of your car speakers. 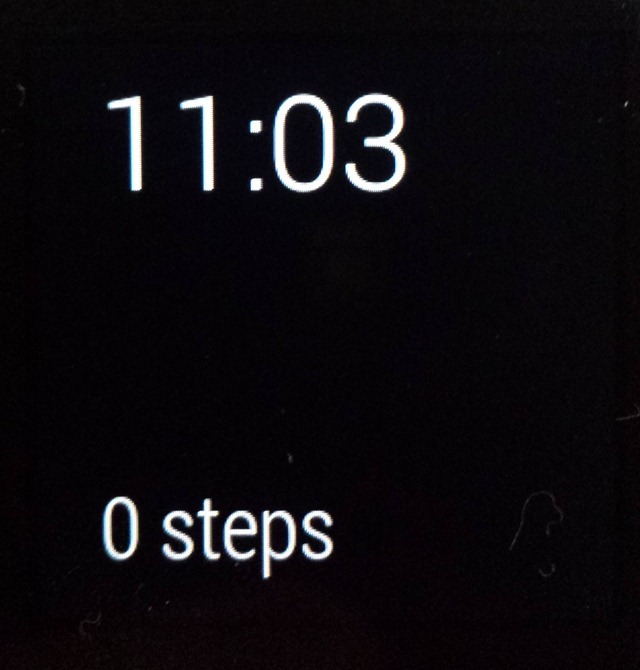 So far, there are only 2 Apps that I had installed on my phone that are compatible with Android Wear: Google Keep, Google Now and Tinder. There is also a Fitness app, a World Clock app (that conveniently does not sync with the world clocks I have setup on my phone, and Compass, which well, just shows which direction you are heading.

Google Now is the heart of the LG G Smartwatch, as it is one of the two only input methods besides the touch screen. Google Now let’s you easily SMS, Call, Send an Email, set reminders, alarms and a few other things, and it work’s quite well. But it could lead you into some trouble if it misunderstands you. For example, I was trying to send a text message to my colleague Mickey, but every time it would would register it as Nikki, and once you say  your message, you only have 2 seconds to cancel. It’s caught me out a few times already, so if I have my phone handy, I would prefer to use that instead. But it is quite uncomfortable talking to your watch with people around you. 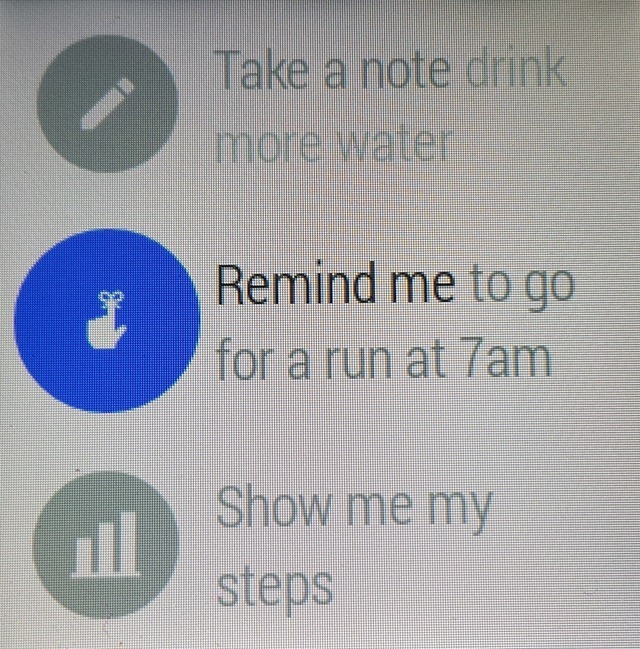 The app could go with some work. At the moment, it only shows 9 of your most recent notes, and it does not have the ability to add new notes. You would think there would be a button, and you could just speak to quickly store notes in Google Keep. If you would like to make notes through your smartwatch, you need to do it through Google Now. 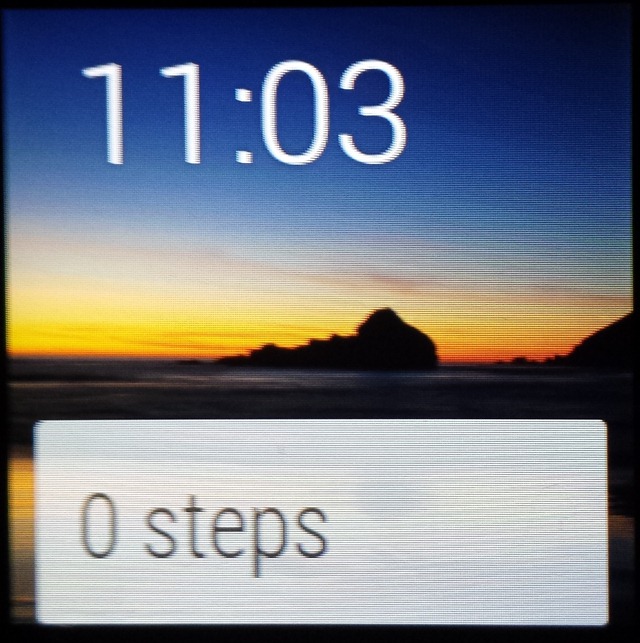 I am actually surprised that there is already a Tinder app for Android Wear. It’s very simple as you swipe to like or dislike, and tap to view the description. The quality of photo’s aren’t that great, nor can you view other photo’s that the person have uploaded, and the app seems to close after about 7 swipes, which makes me think, does it even work? 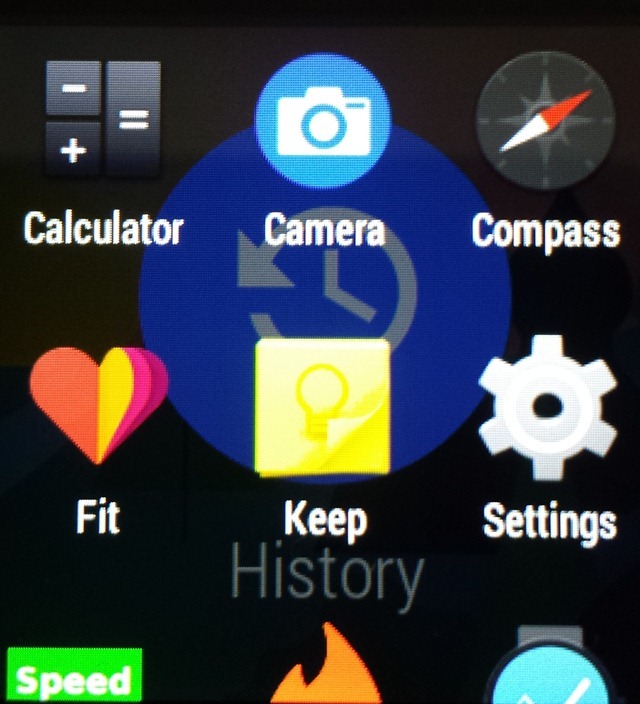 There is a step counter on the LG G Watch, but disappointingly, it doesn’t integrate with the S Health App on that I have on the Samsung Galaxy S4. Plus the stats on past step counts has a pretty poor user interface. 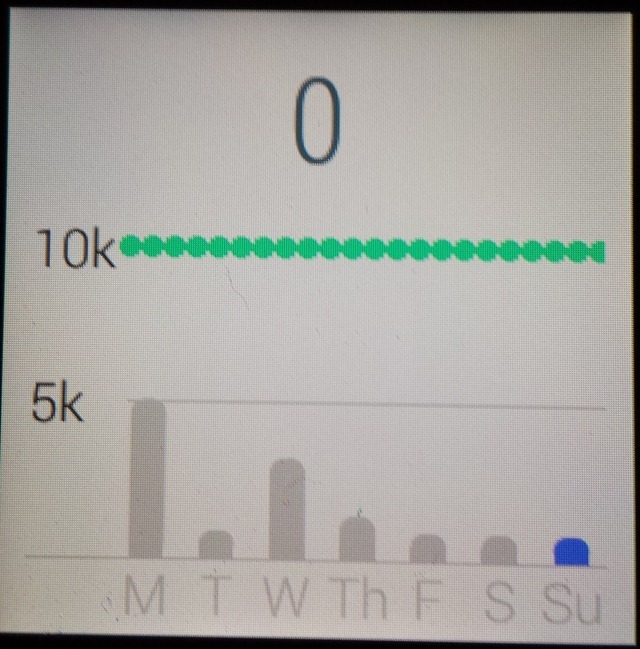 What is the LG G Smartwatch only useful for?

After using the LG G Smartwatch, the only benefit I had of using it was to see the time on my wrist, and to quickly read my emails and any notification that appears on my phone. You can’t browse the internet or Facebook without needing your phone, but if you could, and hopefully you could in the near future, it would be a great watch. Hopefully app developers will start building apps for the Google Wear operating system, but in the meantime, your selection is limited to a range of novelty-like apps.

You can find a number of useful apps for the Android Wear here and here on Google Play.

How to turn the LG G on?

When you get the smarwatch, you may wounder how to turn it on – you need to place it on the charger, and it will switch on automatically. I needed to resort to the manual for that one.

Overall, the concept is good, and I think it could be a great watch, but making and receiving calls still requires you to use your phone. The LG G Smartwatch is the watch to read your notifications and flick through Tinder. After more app developers get on board, then it may be worth the $200+ dollars. The Samsung Galaxy Gear may be a better alternative.