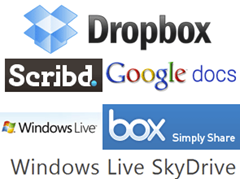 In today’s era, we are slowly moving away from desktop computing and moving into ‘The Cloud’. We would no longer need to take our USB Flash Drive, or portable hard drives with us anymore as all our documents, files, pictures, videos, and music will be hosted in huge data-centres around the world – and we are seeing this change already. We often use many computers throughout the week, such as our home desktop PC, our personal Laptop, our Work PC, so keeping our important files with us and up-to-date is one of the many challenges we currently face. But thanks to some organisations, and the development of hardware, this is no longer a problem. Today, I am going to show you a few useful tools that allow you to keep all your documents together and discuss the differences between them and why you would use one application over another.

Over the past view weeks, I have heard a lot about DropBox on numerous sites and forums, and it is something that would change our lives forever. Say goodbye to duplicate files, and email documents to yourself, and say hello to DropBox. Basically, you install DropBox onto your computer and create an account, which a free account gives you 2GB online storage. When you setup DropBox, the setup will create a DropBox folder for you on your computer. Everything that you put in this folder will be synchronised with all the other computers you have registered your Dropbox account with. 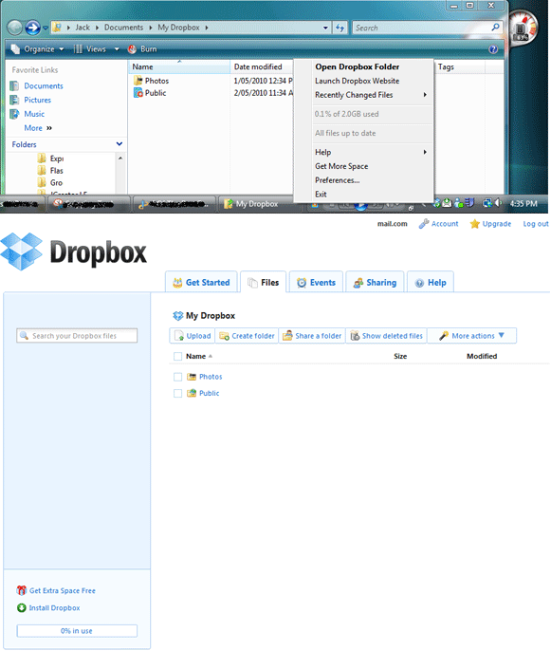 What sets DropBox apart from the other applications I am going to discuss is actually how it synchronises your files. There is no waiting for the file to download as it appears in your DropBox folder as if it is a file on your computer. Once you edit a file, it will be automatically synced with the DropBox servers and sent to all the other computers that are logged into your account. The other good thing about this is that it only updates the parts of the file that has been edited, unlike other programs which you have to re-upload the entire file. This saves a lot of Bandwidth and time. Another useful feature is that DropBox keeps a version history of all your files. So if something gets modified or you accidentally save over the wrong file, you can retrieve the original file. In the following screenshot, I will show you the power of DropBox’s revision history. What I did was:

As you can see in the image (Click the image to enlarge), it saved a backup of everytime the file changed. Unlike the other applications I am going to discus, none of them offer this feature. 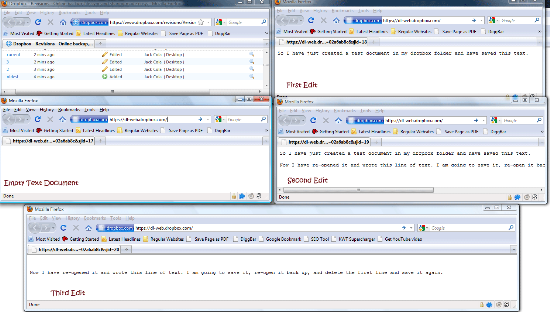 You may find the following articles about DropBox very useful:

SkyDrive gives you a massive 25GB which is a lot more than what DropBox offers. So if you want to share a lot of files that are less than 50mb (as there is a 50mb file limit per file), you should use SkyDrive over DropBox. The only disadvantage with SkyDrive is that you can’t really sync your programs on your computer like you can with DropBox, and there is no version history. However, Jessica has wrote an article that shows you how to map your SkyDrive account to a network drive on your computer which gives you some functionality of accessing your files on your computer. Unlike DropBox, files are downloaded when you access them, and uploaded when you save them which may be a little slow. However, you may want to setup Caching to improve the speed a little bit. However, since Microsoft is about to launched Docs.com, you will soon be able to edit your Office documents online which is a huge advantage over using DropBox and even Google Docs. However, until Docs.com is fully launched, the alternative is to use Google Docs. 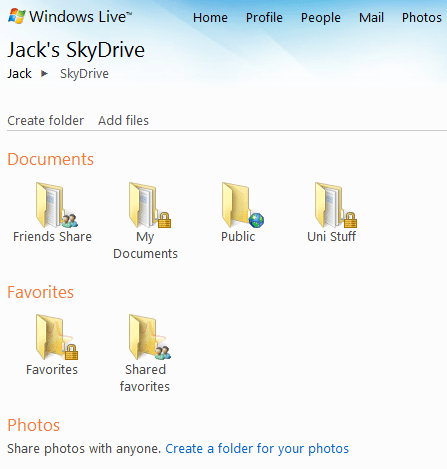 Recently, Google Docs gave you the ability to upload almost any type of file, but you only get 1GB of storage space. But for general storage, sharing, collaboration and online document editing, Google Docs is a really good tool. Most of you should already know about Google Docs, so I won’t go into much more details. Google Docs is great to use if you need to collaborate live with other people (you can’t do this with DropBox or SkyDrive), or to host the odd file or two. If you need to store massive amounts of files and share and access them across a number of PC, use DropBox or Sky Drive over Google Docs. 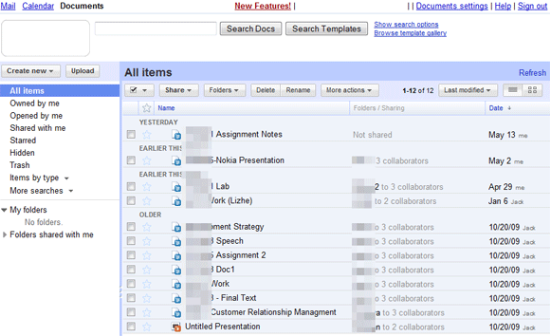 I consider Box.Net to work very well with websites. If you need to store files such as music and share them with a large number of people publicly, I would suggest to use Box. Box.Net is very similar to Google Docs as you do have the ability create, write and edit documents online, but you get the added bonus of sharing your files with the world which is something you don’t really get with DropBox, SkyDrive or Google Docs. With a free account, you get 1GB of online storage space to use.

You may have noticed that MakeUseOf uses Scribd to allow readers to view our PDF Guides online. So that’s pretty much all Scribd let’s you do, upload your documents and share. However, you do have the ability to edit your files online too, and make your files private. If your aim is to publish finished documents, then Scribd is your answer. If you still need to write and edit them while working with other people, you would use Google Docs, or if it’s just you, then DropBox. Generally, if you want to publish your documents online and allow people to view them, Scribd is the best option. 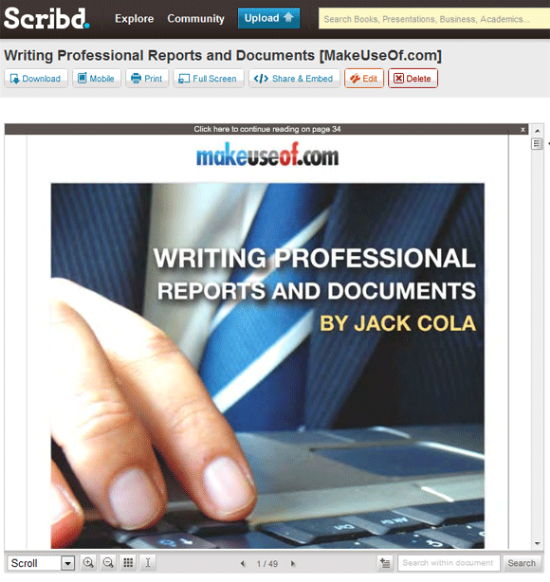 Each of the above applications ultimately provide the same task, yet they are all different, unique, and used for different reasons. DropBox is good for:

SkyDrive is good for:

Google Docs is good for:

Box.Net is good for:

Scribd is good for:

Do you use any of these services to share and store your documents online? How has your experience been with them? Do you use other services similar to the ones mentioned above? We would like to know what you think of them.