It comes to no shock at all. If you are downloading pirated movies using torrents, your data is being recorded along with your IP address. The Australian Federation Against Copyright Theft (AFACT) have hired experts to monitor all downloader’s of pirated movies. They are recording every movie that you want, everyone who is sharing it,
Read More
Silly me. I forgot to publish a list of posts that I wrote for Make Use Of in January. I got too excited after my first eBook got published on the site. It is called “How To Create Professional Reports and Documents”, so make sure you have a read of it. 5 Cool Tips &
Read More 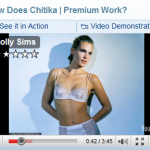 First of all, you watch the Youtube Video of sexy females, then you click the “See It In Action” and then extended “Video Demonstration” of what the females do after you have signed up.   I am not trying to offend anyone here, or at Chitika. It is just a bit of humor
Read More
There was a post over at Business Insider talking about “Google Buzz Is Brilliant. Like Ground-Breaking, Game-Changing Brilliant. Facebook Just Lost Half Its Value”, and I just have to say, that the points that they make are totally crap. Below are the points Jason made, and my comments towards them. 1. Google Buzz 1.0 is
Read More
Blog, Read Write Web published a normal article on the 10th of February titled “Facebook Wants To Be Your One True Login”. Within hours it got hundreds of comments from people who say that they could not login to Facebook, why does facebook keep changing, and all these other hatred comments towards Facebook. Little did
Read More
So the day before its launch was the the first time I heard about Google new product Google Buzz. I heard from various sites that it will replace Facebook because 1, it is from Google, and 2, it integrates all of Google sites together. But I have to say, I totally disagree that it will
Read More 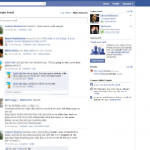 Over the next few days and possibly weeks, you will see a huge change in the appearance of Facebook. Below is a image of what it now looks like. H9Q5C8694NB9 I have to say that, although it looks completely different, it is not that hard to get used to it. I have been using it
Read More