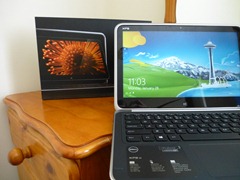 I thought Windows8 would be an utter flop after trying out the BETA version through Virtual Box, and watching people try to use it. However, after trying out Windows8 on a Dell XPS 12 Ultrabook, I may have just have to take back my word.

Disclaimer: Dell provided me with a XPS 12 Ultrabook; too keep if I like it.

In the past 10 years, we’ve known computers as a laptop, then the term notebook, netbook, tablet became popular, as devices got smaller and more powerful. We are now adding Ultrabooks that are convertible to a tablet, that have touchscreen capabilities.

When I tried Windows 8 for the first time, let me say, Windows8 was near unusable in a non-touch screen environment. Add a touchscreen, and you get a completely different outcome. Once you get used to the start menu Windows 8 triumphs over Windows 7. The only thing that is missing, is more Windows 8 Apps, however, that should soon change.

Read more about the Dell XPS 12 with my article over at TechAU.

If you have used a tablet device before, or a smart phone, and you are familiar with the “apps” concept, you will get Windows 8. In other words, Microsoft replaced the start menu to replace it with a “start screen” where you can launch your all of your apps. 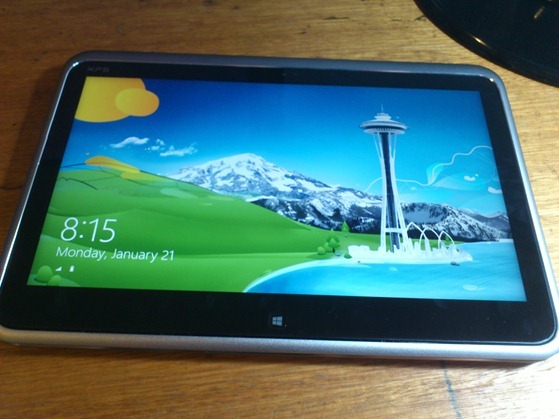 In fact, I use the Modern UI, (which is what the start screen is now officially called), a lot more than the desktop screen. Modern UI let’s you read your emails, surf the internet, access your files, play games, and launch programs such as Remote Desktop Connection and Team Viewer so I can control my main computers where ever I am. The best thing about it is that you will hardly use your keyboard or mouse as you are mostly using the on screen keyboard and touching what you want to click.

You also need to get used to the swipe gestures in Windows8. Moving your finger:

MakeUseOf.com has two awesome Windows 8 cheat sheets, one that explains all the swipe gestures and the other, all the keyboard shortcuts. 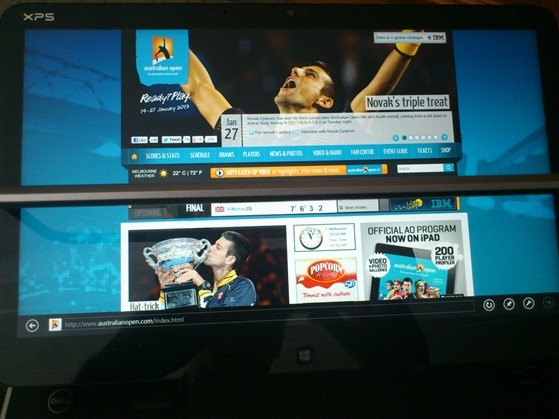 Keep this in mind when buying a Windows 8 Device

If you are going to buy a new Windows 8 device, make sure you enquire about these two things:

As I said before, using Windows 8 only with a keyboard and mouse doesn’t give you a great usability experience, and you might as well stick with something more familiar like Windows 7.

As for the processor, you want to get an Intel processor. This will allow you to install most of the software that you can install on Windows 7. If you only get a device with the ARM processor, you will be limited to mostly the Apps you can download through the Microsoft Store. 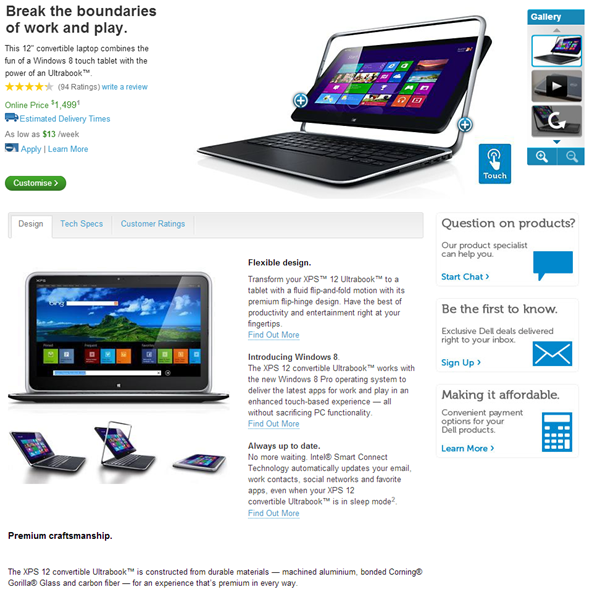 After using the Dell XPS 12, I was impressed with it, and Windows8. Why?

Therefore if you are thinking of getting a laptop with the added bonus of being a tablet, you need to consider the Dell XPS 12.