Thanks to Bitdefender Antivirus, I have a one a year license to giveaway for their award winning software Bitdefender Internet Security 2012.

The winner will be chosen by me based on whoever faced the most hardship, or made good light of a bad situation. To enter, simply enter your details into the entry form after the review.

In the past, I have questioned is Antivirus software really necessary, and have listed a few ways you can live without them. I’ve also complained that they slow down your computer. However, if you ever get a virus, it can be a pain to remove.

Bitdefender Internet Security 2012 is $74.95 per year for a license that can be used on one computer. The software integrates antivirus, antispam, antiphishing, firewall, parental controls and social network safeguards into one ultimate security suite.

There is an abundance of features with the software, and Bitdefender has done a really good job in making it very easy to use and install compared to competitors.

Installation was a breeze, and strangely enough, didn’t have many clicks. Once you entered your license key, it starts installing straight away. 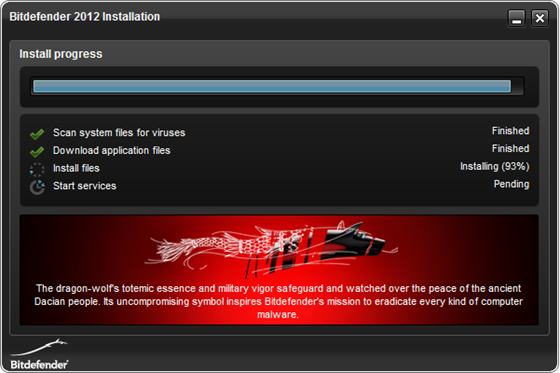 Once installed, you are instantly protected, but it’s best to do an update and then a full system scan to detect any hidden viruses. 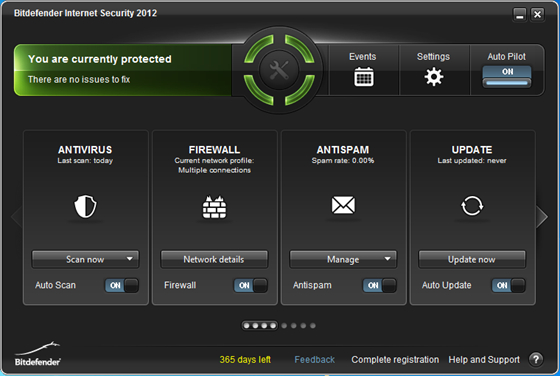 The full system scan is not that quick. It took 30 or so minutes to scan a hard drive that has 20GB of files stored on it. However, you would probably only run this once a month as a quick scan and the always-on protection will be sufficient. 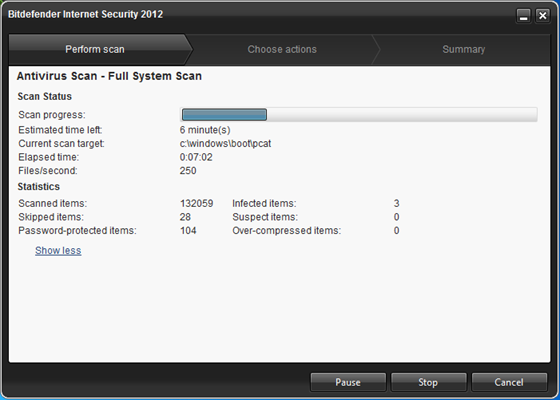 I did notice, the scan process estimated time remaining is not accurate. Even though the scan estimated 6 minutes remaining, 25 minutes later, it is still going. As long as the software detects viruses and infected items, that is all that matters.

When the scan finished, those infected files were not viruses (which was good), they were tracking Cookies that were automatically deleted once the scan finished. Nevertheless, deleting these cookies is not hard at all. 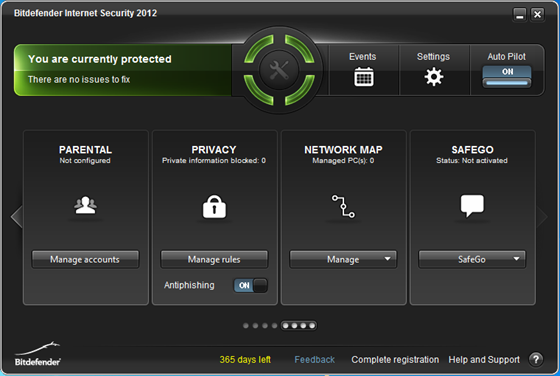 A great feature of Bitdefender Internet Security 2012 is that it offers Parental Control. It allows you to restrict access (or allow access) to sites based on the user accounts on your computer. If a user visits a blocked site, they will be presented with the following screen. 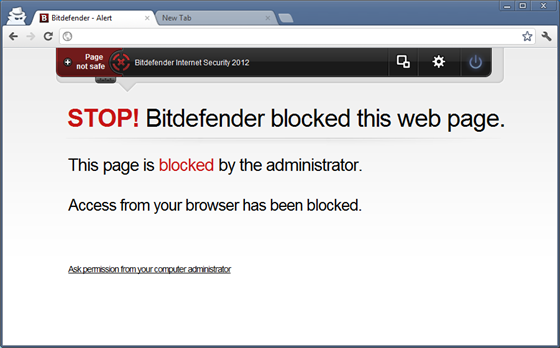 The Parental Control feature is quite advance that allows you to control based on ages, block websites, keywords, computer applications and Instant Messenger chats. However, with every filter, they are not always perfect. For example, I set the child’s age to 3 thinking it will block adult content, but it did not block adult content on Google Image. The only way I could block these images was to add the keyword of the searched term to the block list, or block the google.com/images URL. However, doing this for every adult website is impossible. 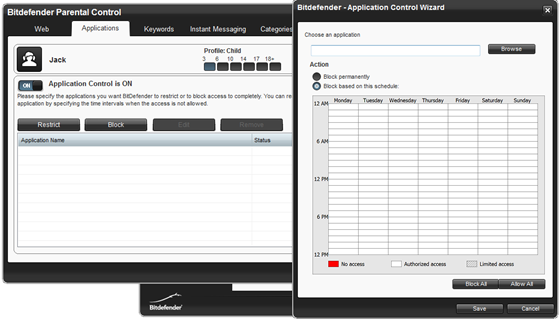 Another good feature is that you can receive email notification when web pages or applications are blocked. You can also view the log online if you turn this feature on. 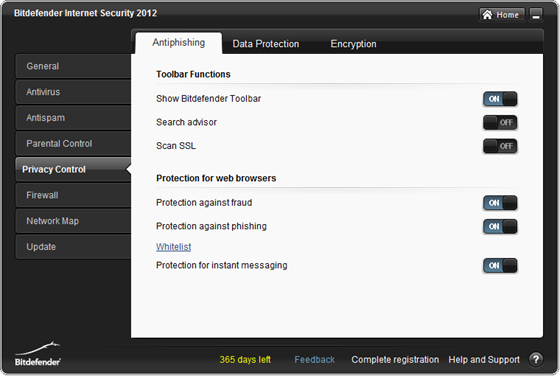 Overall, Bitdefender Internet Security 2012 does get the job done. Now it’s your turn to use if you enter to win a one year license.

Congratulations Justin W for your answer:

I was fixing my mums computer which did nothing but show up the blue screen of death which I couldn’t understand what was doing it. I tried everything except re formatting it as she still wanted everything on the computer so after about 4hrs going into safe mode and trying to fix and adjust things thinking she installed something that was screwing around with the boot up then finally I went into the bios set up and what she had done was changed it to boot up from the other hard drive without the installed windows but a previous windows with old files. Later after fixing it I showed my mother the bios screen and she said oh yes I accedntly got into this and then I got out of it, to think if she told me 4hrs before I might have fixed it within minutes haha.