Have you ever found yourself sitting on the couch with your computer connected to your TV watching videos, only to find you have to get off your comfortable couch, to skip the boring parts or go to the next video? Alternatively, you may find it awkward to use a full size wireless laser mouse and keyboard on your lap.

Well, I find that scenario very annoying. I have my laptop connected to my TV, and I find it frustrating to get up to select the next video I want.

However, this is a thing of the past thanks to my new Kogan Android Wireless Keyboard and Trackpad – I can now do it on the comfort of the couch. 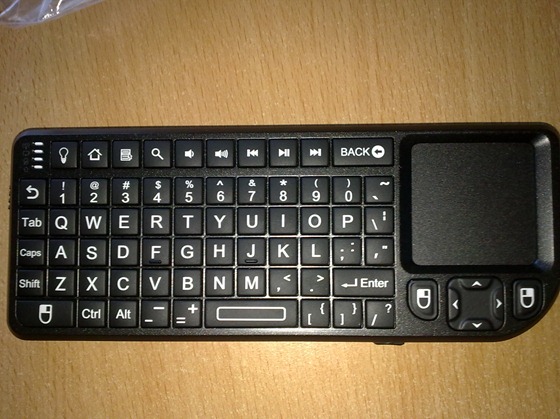 Kogan’s Wireless Keyboard and Trackpad is bigger than my mobile phone, but smaller than most TV remotes, and is a device I can no longer live without.

Last night I demonstrated the device to some friends. Sitting around the dinner table, we were surfing YouTube on our TV through my laptop without having to leave our chairs. We had complete control of the laptop. It was an experience like no other. Usually I would be the one sitting on the floor controlling my laptop, while they tell me what to do; but now, we’re all at the table passing the remote around trying. The hardest part was to think of something to watch on YouTube. We settled to watch Arab Drifting, and then the crashes. 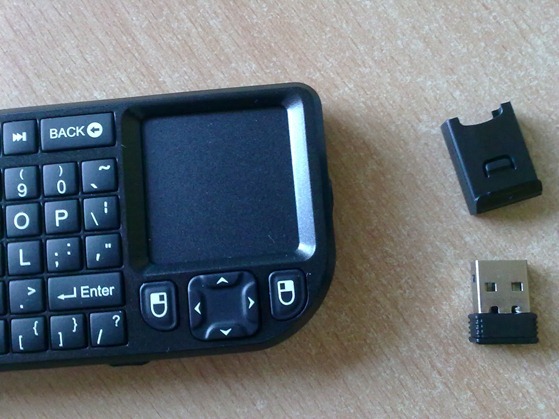 The Android Wireless Keyboard and Trackpad works with almost anything: Android, Linux, Windows, OSX. According to Kogan’s overview, it also works with Smart TV’s, Xbox, PlayStation, and How Theatre systems – almost anything with a USB port, (but I have only tested it on Windows). The USB receiver automatically installs the relevant drivers.

I’m quite impressed with the distance the device works in. It claims 20 meters unobstructed and I could control my computer that was up stairs in my bedroom while I was downstairs in the living room; but wouldn’t work in the bathroom. However, there is no point of controlling a computer from so far away as you cannot see the screen. Unless of course your speakers up and want to control your volume.

It runs off a Built in Li-Ion Battery. I’m not sure whether you can replace it, but you can unscrew the back cover (but doing so probably voids your 1-year warranty). According to the specifications, it only takes two hours to charge via USB, and lasts about 1 week with moderate use. Since I only got it yesterday, I haven’t yet charged it, so I’ll see how long it lasts.

If you look at the pictures above you can see the keys. If you are used to texting with your thumbs, then you’ll have no issue using this device. If you are left-handed, you may have issues using the trackpad that is on the right-side, but for me, it’s very easy to use. The USB dongle fits snugly in the top of the device so you’ll never lose it, and on the right-side you have a light, which I think is pretty cool to have. There is nothing worse watching a movie in the dark and not being able to see where you are going when you finally head to bed at 2am in the morning. It’s not overly bright, but it still does the job. The keyboard is also backlit with a button to turn the backlight on and off. 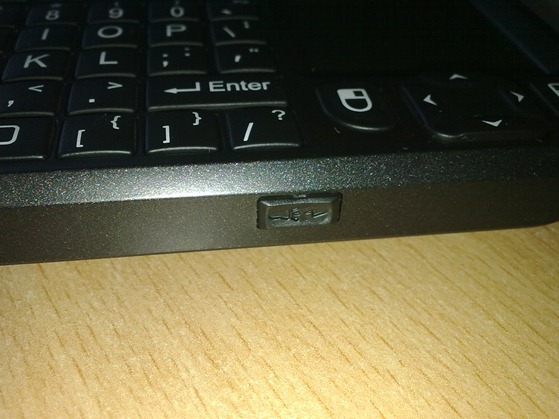 I actually quite like it. I thought it was bigger when I ordered it – it’s actually quite small. The images on the Kogan’s website are actually bigger than the device itself.

Typing with your thumbs can be a bit awkward, especially with your right thumb because of the trackpad get’s in the way – you really have to stretch your thumb to type – but I wouldn’t think people would do a lot of typing on it anyway. In addition, you need to make sure you press the spacebar in the centre, as it does not register the click when pressing it on the side.

Finding the special character keys are a bit hard on first go, especially the + and – keys to be able to zoom in and out when you are far away from your TV. But after using it for a while, you’ll know your way around. The other issue while typing, it’s hard to write a capital letter that’s on the left-side of the keyboard as there isn’t a shift key on the right-side, so you can either use the caps lock key, or move your right thumb and hand to press the key.

The last problem I can think of is that the volume, next, previous, and pause/play buttons don’t match up on Windows. Volume down is volume up, volume up is some sort of cancel button, play/pause is mute, and the next button is volume down. Therefore, it’s very confusing, but on Koga’s Agora TV range, this probably matches. It would be good if you can reprogram those keys to match, and the other hotkeys to something else. 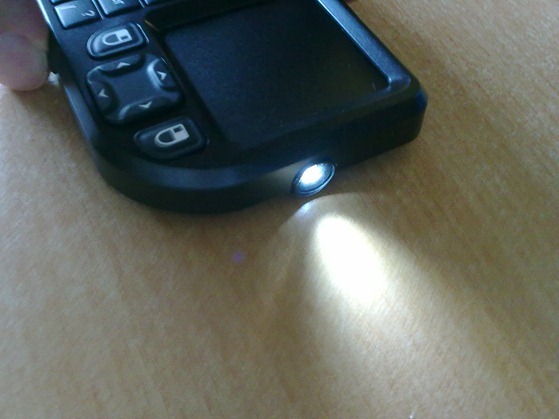 Though this isn’t the first of its kind. Logitech has the Wireless Touch Keyboard K400 that you can pick up from JB Hi Fi for $55, or OfficeWorks for $69.75. 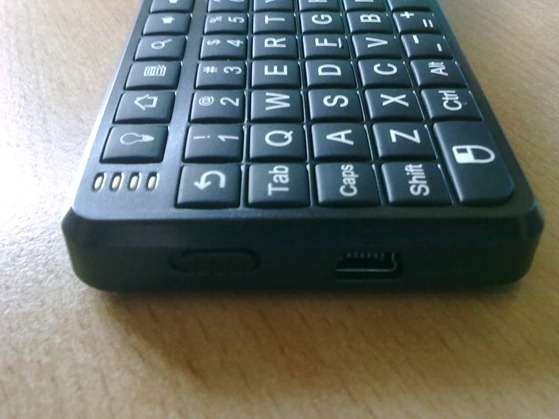 This was the first item I have purchased off Kogan. I ordered it on Tuesday, and received it Friday. My friend, on that day was also looking at a digital radio, and he ordered it the same day and he loves the sound.

Update: Kogan had this order listed as “Will usually dispatch within 24 hours”, however, I placed the order on Tuesday and it didn’t get dispatched until Thursday. I just received an email from Ruslan Kogan saying they’ve had a 408% increase in last quarter of 2011 from last quarter of 2010, in which they couldn’t handle the demands – so they gave affected customers a $25 giftcard. Kogan is really setting a high standard for online retailers. In February 2012, they also plan to have a maximum of 1 business hour response time for sales, support, and helpdesk enquiries, 2 minute hold time on the phone and 100% live chat all during business hours.

For $39 Kogan’s Android Wireless Keyboard and Trackpad for the Agora range is a cool little device. I only wish I had it when I was doing presentations, it would have come in handy then as well.

If you have any questions about it, please ask in the comments. If you would like to buy one, you can do so at Kogan.com.au. 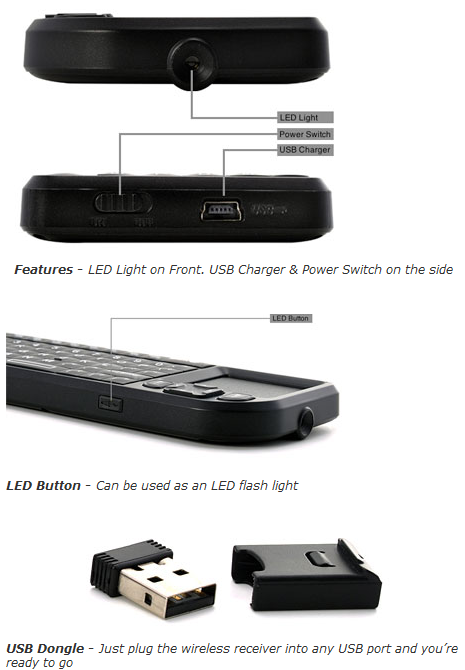 Sign up to Kogan today and receive $10 off your next order over $35.