For those in other countries, you may not know what telecommunications is like in Australia. This post is a quick summary of what the mobile, broadband and phone networks are like here in Australia.

In Australia, there are three main telecommunication companies. These are:

These three are one of the top ISP’s in Australia:

At the moment, Australian residential customers are offered a maximum speed of 24Mbit/s over DSL, which is usually slowed as you get further away from your exchange. Australia is currently rolling out the National Broadband Network (NBN) which will be capable of delivering speeds of up to 100Mbps with reports stating it could even reach 1Gbps. This network will deliver a Fibre connection to all homes to replace Telstra’s copper network.

In terms of quota, it is slowly increasing. A few years ago, 50Gb was considered having a high quota allowance, with some ISP only offering at entry level broadband at 200MB. ISP iPrimus, used to provide unlimited broadband before it was purchased by iiNet who cancelled the offering. TPG now provides unlimited ADSL+ for $29.99 + $30 line rental. Only recently, a number of ISP started offering 1TB of downloads. However, this was usually split into On Peak and Off Peak (where Off Peak was only between 6-10 hours per day – usually at night). Throughout the years, more and more ISP now count uploads, whereas, they did not previously.

The cost for Broadband is usually between $30 and $100 per month, with the main factors being speed, and quota.

The major mobile carriers in Australia that own their own GSM network are Telstra, Optus, and Vodafone. There are a number of resellers such as Virgin Mobile and other telecommunication companies that resell of the Optus network. In Australia, Capped plans are becoming more and more common. Most of these plans have high connection fee and call rates (around $0.50 flagfall, and $1.00 per minute billed in 1 minute increments). Therefore, a 1 second call would cost more than $1.00. However, you usually only pay $30 per month which gives you $300 worth of calls. The standard SMS rates were previously $0.25 each, but now some companies such as Virgin Mobile are charging up to $0.28 cents per 160 character SMS on prepaid recharges.

In terms of coverage and reliability, Telstra is the clear winner; however, it comes at a higher cost. However, with its dwindling customer base (due to its high prices), it is slowly being more affordable. Optus has a reasonable network, however, it is not quite as good as Telstra’s, but plans are cheaper and more affordable. On the other hand, Vodafone is probably the cheapest way to go ($45 per month can give you unlimited calls and SMS’s to any network), but network coverage, and network reliability is incredibly poor. You basically get what you pay for. For businesses and people who’s phone are mission critical to their work, Telstra is the way to go. For everyone else, the Optus network would sustain. For those who want cheap (which includes many call dropouts), Vodafone is their solution. Unlimited calls and SMS plans are now becoming more popular which will cost you around $90/$100 per month depending on your provider.

Most Mobile Broadband plans for phones, usually come with free access to the popular social networking sites such as Facebook, Twitter, MySpace and LinkedIn, and most plans offer between 50MB to 1GB, depending on how much you want to pay. For wireless internet (those who don’t have a DSL based internet connection, or those who are regular on the move), $30 per month will get you a quota of about 5GB. Between $120 and $150, you can get about 12GB of prepaid broadband that will last for one year.

Most providers supply 3G; however, the fastest and most reliable wireless network in Australia is Telstra’s NextG. NextG currently offers a speed of up to 20 Mbps and costs about $30 for 3GB, or $70 for 12GB per month. 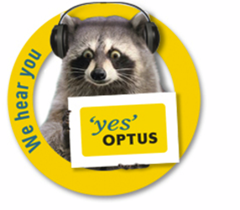 For more information and links about Australia’s plans, and companies, please see the table below:

If you want to find more about about telecommunications in Australia, I suggest you read the below articles: