Google Translator is an extremely useful tool to use when you want to convert something to a different language, and has to be one of the best translator tools on the internet. However, Google has included a few funny things (known as Easter Eggs – an intentional hidden feature or joke) into their translator tool. Some of these Easter eggs may have been purposely included into the tool, and others are just a translation error as you will see below. So let’s get straight into and let’s have a laugh with these great Google Translator Easter Eggs!

Will Justin Bieber Ever Reach Puberty?

This is a quite funny one, but it kind of works for all names, but it suits Justin Bieber the best.

What to do: In Google Translator, convert the phrase “Will Justin Bieber ever hit puberty” from English to Vietnamese. Now take this text from Vietnamese, and convert it back to English. Have a read what it says.

Since this works for any name, I say it’s a little bug within Google Translator.

This was working yesterday, and it is something that Google purposely included, however, it doesn’t seem to work anymore.

What you had to do: Convert the phrase “WE REALLY HATE THIS COMPANY” or “I HATE YOU” from English to Japanese. Before, it used to come up with the word “Facebook” but it doesn’t now. Other reports show that when you translated the Japanese text back to English, it said “Our company is really using Facebook”. It’s just a pity that Google removed this already. See the image below and check out this Youtube Video. 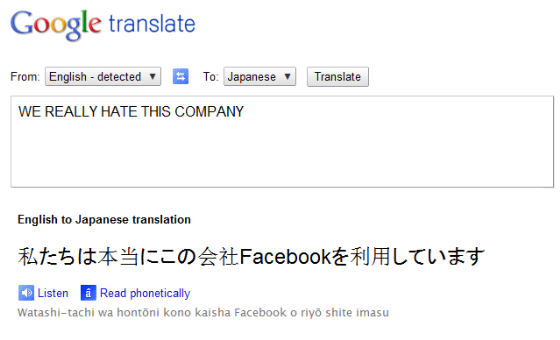 Want to make a little BeatBox music through Google Translate? It’s quite simple to get some good beating sound.

What to do: Set the translator to German to German, hit “BeatBox”, and then use some of the below to make your sounds.

Any Language to Latin

If you translate any language to Latin, you get a pretty background border for your text. 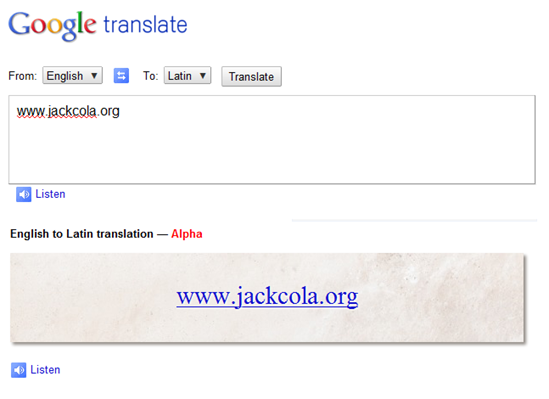 Previously, if you typed “lorem ipsum” from English to Latin, you used to get the phrase “Hello World”, however, that doesn’t seem to work any more.

Another Easter Egg bug that now doesn’t work. If you translated “Britney’s mom is very nice” from English to Spanish, and translate the Spanish text back to English, it used to say “The breast of Britney is very pleasant”. So that can now only mean, that Britney’s breast is no longer pleasant now??? I am only kidding!

Another one was to translate “my mom is nice and cool” and it used to output “My breast is pleasant and fresh”. I am guessing Google has now fixed up the “breast” translation error.

Google seems to be removing all the Easter Eggs from Google Translator, and this one is no exception. If you typed in “James Bond” and translated it from English to Chinese, you used to get 007. Unfortunately, this no longer works. 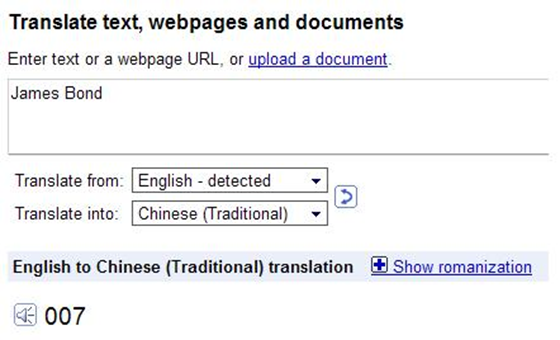 Here are a few other translating conversions: 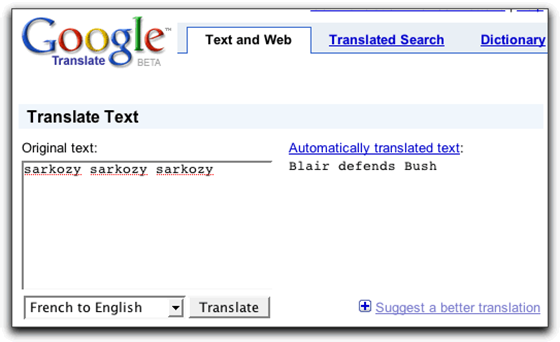 The following Google Translate Easters Eggs have been submitted by users in the comments.

That’s all the Easter Eggs for Google Translate that I could find. Have you found any that deserves to be included? Please share them in the comments and I will add them to this post. Stay tuned for tomorrow as I list a whole heap of Google Easter Eggs. And believe me, there are a few really cool ones out there.